Dying to Win The Strategic Logic of Suicide Terrorism 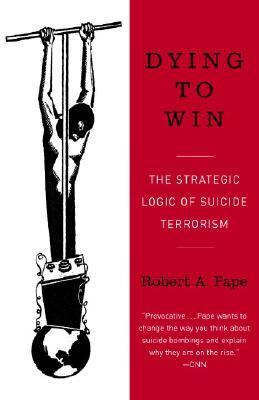 1 The Growing Threat Suicide terrorism is rising around the world, but there is great confusion as to why. Since many such attacksincluding, of course, those of September 11, 2001have been perpetrated by Muslim terrorists professing religious motives, it might seem obvious that Islamic fundamentalism is the central cause. This presumption has fueled the belief that future 9/11's can be avoided only by a wholesale transformation of Muslim societies, a core reason for broad public support in the United States for the recent conquest of Iraq. However, the presumed connection between suicide terrorism and Islamic fundamentalism is misleading and may be encouraging domestic and foreign policies likely to worsen America's situation and to harm many Muslims needlessly. I have compiled a database of every suicide bombing and attack around the globe from 1980 through 2003315 attacks in all.1 It includes every attack in which at least one terrorist killed himself or herself while attempting to kill others; it excludes attacks authorized by a national government, for example by North Korea against the South. This database is the first complete universe of suicide terrorist attacks worldwide. I have amassed and independently verified all the relevant information that could be found in English and other languages (for example, Arabic, Hebrew, Russian, and Tamil) in print and on-line. The information is drawn from suicide terrorist groups themselves, from the main organizations that collect such data in target countries, and from news media around the world. More than a "list of lists," this database probably represents the most comprehensive and reliable survey of suicide terrorist attacks that is now available. The data show that there is little connection between suicide terrorism and Islamic fundamentalism, or any one of the world's religions. In fact, the leading instigators of suicide attacks are the Tamil Tigers in Sri Lanka, a Marxist-Leninist group whose members are from Hindu families but who are adamantly opposed to religion. This group committed 76 of the 315 incidents, more suicide attacks than Hamas. Rather, what nearly all suicide terrorist attacks have in common is a specific secular and strategic goal: to compel modern democracies to withdraw military forces from territory that the terrorists consider to be their homeland. Religion is rarely the root cause, although it is often used as a tool by terrorist organizations in recruiting and in other efforts in service of the broader strategic objective. Three general patterns in the data support my conclusions. First, nearly all suicide terrorist attacks occur as part of organized campaigns, not as isolated or random incidents. Of the 315 separate attacks in the period I studied, 301 could have their roots traced to large, coherent political or military campaigns. Second, democratic states are uniquely vulnerable to suicide terrorists. The United States, France, India, Israel, Russia, Sri Lanka, and Turkey have been the targets of almost every suicide attack of the past two decades, and each country has been a democracy at the time of the incidents. Third, suicide terrorist campaigns are directed toward a strategic objective. From Lebanon to Israel to Sri Lanka to Kashmir to Chechnya, the sponsors of every campaign have been terrorist groups trying to establish or maintain political self-determination by compelling a democratic power to withdraw from the territories they claim. Even al-Qaeda fits this pattern: although Saudi Arabia is not under American military occupation per se, a principal objective of Osama bin Laden is the expulsion of American troops from the Persian Gulf and the reduction of Washington's power and influence in the region. UndPape, Robert is the author of 'Dying to Win The Strategic Logic of Suicide Terrorism', published 2006 under ISBN 9780812973389 and ISBN 0812973380.