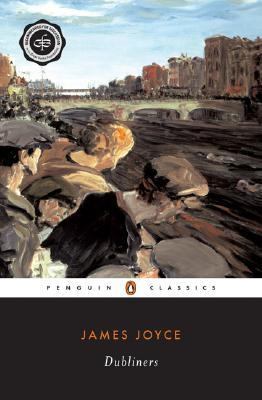 James Joyce was born in Dublin on February 2, 1882. He was the oldest of ten children in a family which, after brief prosperity, collapsed into poverty. In 1902, following his graduation from University College, Dublin, he went to Paris, where he devoted himself to writing poems and prose sketches, and formulating an "aesthetic system." Recalled to Dublin in April 1903 because of the fatal illness of his mother, he met a young woman from Galway, Nora Barnacle, and persuaded her to go with him to the Continent, where they finally settled, in Trieste, in 1905. They had two children, a son, Giorgio, and a daughter, Lucia. Joyce's first book, the poems of Chamber Music, was published in London in 1907, followed by Dubliners (1914), A Portrait of the Artist as a Young Man (1916) and Exiles, a play (1918). In 1920, Joyce moved to Paris, publishing Ulysses, the book which brought him international fame, in 1922. His final book, Finnegans Wake, was published in 1939. After the outbreak of the Second World War, Joyce moved back to Zurich, where he had lived during the First World War. He died there on January 13, 1941. Terence Brown was born in 1944 and educated at Trinity College, Dublin, where he is Associate Professor of English and a Fellow of the college. He is author of Louis MacNeice: Sceptical Vision (1975), Northern Voices: Poets from Ulster (1975), Ireland: A Social and Cultural History (1981, 1985), and Ireland's Literature: Selected Essays (1988). He is currently at work on a critical biography of W. B. Yeats. He has lectured on Anglo-Irish literature in many parts of the world. He lives in Dublin with his wife and two children. Seamus Deane, Professor of English and Donald and Marilyn Keough Professor of Irish Studies at Notre Dame, is a member of the Royal Irish Academy, a founding director of the Field Day Theatre, the general editor of the works of James Joyce for Penguin Classics, and the author of several books, including A Short History of Irish Literature; Celtic Revivals; Essays in Modern Irish Literature; and Strange Country: Modernity and the Nation, as well as a novel, Reading in the Dark, which has been translated into more than twenty languages.Joyce, James is the author of 'Dubliners', published 1993 under ISBN 9780140186475 and ISBN 0140186476.