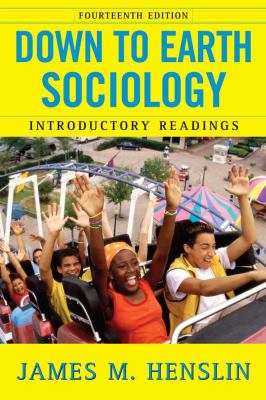 Chapter One: Invitation to Sociology Peter L. Berger Motivated by an intense desire to know what is "really happening," what goes on "behind the scenes," sociologists study almost every aspect of life in society. As Berger indicates, nothing is too sacred or too profane to be spared the sociologist's scrutiny. But when you penetrate the surface and peer behind the masks that individuals and organizations wear, you find a reality quite unlike the one that is so carefully devised and, just as carefully, put forward for public consumption. This changed angle of vision, however, poses a danger. Once you have peered behind the scenes and viewed life in a new light, it is nearly impossible to revert to complacent assumptions. The old, familiar, and so very comfortable ways of looking at life become upset when your angle of vision changes. This potential of sociology is also part of its attraction. The sociologist (that is, the one we would really like to invite to our game) is a person intensively, endlessly, shamelessly interested in the doings of men.* His natural habitat is all the human gathering places of the world, wherever men come together. The sociologist may be interested in many other things. But his consuming interest remains in the world of men, their institutions, their history, their passions. And since he is interested in men, nothing that men do can be altogether tedious for him. He will naturally be interested in the events that engage men's ultimate beliefs, their moments of tragedy and grandeur and ecstasy. But he will also be fascinated by the commonplace, the everyday. He will know reverence, but this reverence will not prevent him from wanting to see and to understand. He may sometimes feel revulsion or contempt. But this also will not deter him from wanting to have his questions answered. The sociologist, in his quest for understanding, moves through the world of men without respect for the usual lines of demarcation. Nobility and degradation, power and obscurity, intelligence and folly -- these are equally interesting to him, however unequal they may be in his personal values or tastes. Thus his questions may lead him to all possible levels of society, the best and the least known places, the most respected and the most despised. And, if he is a good sociologist, he will find himself in all these places because his own questions have so taken possession of him that he has little choice but to seek for answers. It would be possible to say the same things in a lower key. We could say that the sociologist, but for the grace of his academic title, is the man who must listen to gossip despite himself, who is tempted to look through keyholes, to read other people's mail, to open cabinets. Before some otherwise unoccupied psychologist sets out now to construct an aptitude test for sociologists on the basis of sublimated voyeurism, let us quickly say that we are speaking merely by way of analogy. Perhaps some little boys consumed with curiosity to watch their maiden aunts in the bathroom later become inveterate sociologists. This is quite uninteresting. What interests us is the curiosity that grips any sociologist in front of a closed door behind which there are human voices. If he is a good sociologist he will want to open that door, to understand these voices. Behind each closed door he will anticipate some new facet of human life not yet perceived and understood. The sociologist will occupy himself with matters that others regard as too sacred or as too distasteful for dispassionate investigation. He will find rewarding the company of priests or of prostitutes, depending not on his personal preferences but on the questions he happens to be asking at the moment. He will also concern himself with matters that others may find much too boring. He will be interested in the human interaction that goes with warfare oJames M. Henslin is the author of 'Down to Earth Sociology: 14th Edition: Introductory Readings, Fourteenth Edition', published 2007 under ISBN 9781416536208 and ISBN 1416536205.