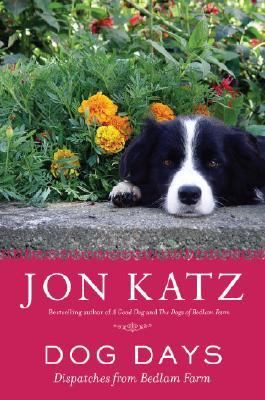 Chapter 1 ONE Carol's Time About that baby donkey. As I was heading down Route 30 a couple of weeks earlier, returning from the hardware store in town, my cell phone warbled. Anthony, working at the farm that day, was calling to say that there was a new donkey in the pasture. Knowing this had to be a joke, since I had no male donkeys and, to my knowledge, no pregnant ones either, I laughed, fired off some appropriately obscene macho banterthe staple of male conversation hereaboutsand hung up. It never really crossed my mind that it was true. When I pulled into the driveway, though, I nearly drove into a fencepost. There was a tiny new donkey, soaking wet from amniotic fluid, hugging close to Jeannette, my most recently acquired Sicilian donkey. The afterbirth was close by and fresh. And Jeannette was snorting like a bull and glowering at any interlopers. No way, I thought. Way. Obviously, donkeys have a very long gestation period. Jeannette must have got knocked up just before she arrived last spring. I phoned an SOS to the Granville Large Animal Veterinary Service and ran into the house for some towels. Jeannette and I are pretty tight, thanks to my daily offerings of carrots, apples, and oat cookies. She let me pick up her newbornI named her Emma, after my own daughterdry her off, and make sure her throat and eyes were clear. When I scratched her fuzzy little nose, she closed her eyes and went to sleep in my arms. I gave Jeannette some cookies for energy, checked to see that she had milk in her teatsshe did, a lot of itand brushed her down a bit to calm her. Then I knelt in front of her and she put her head on my shoulder. "Congratulations," I said. "Who's the father? You can tell me." But she just went over to Emma and nosed her. There aren't many donkeys born around here these days. Once, donkeys were the tractors and ATVs of country life, performing agricultural and mercantile tasks integral to farming and commerce. Now they're generally considered uselesslocal farmers call them "hay suckers"so they're rare. So people from nearby farms soon began showing up to check out the newcomer, alerted by the mysterious rural news network by which everyone instantly knows everything. In an hour or so, Kirk the vet showed up, gave the donkeys their appropriate shots, said they were fine. He also told me that Emma was, oops, a male. So "she" became Jesus (using the Spanish pronunciation), thanks to the mysterious circumstances of his birth. I razzed Kirk about the fact that two large-animal vets had been by in recent weeks and, when I mentioned Jeannette's burgeoning girth, said she'd been eating too much hay and probably had gas. Truth to tell, I felt guilty about the way I'd been mocking Jeannette for her hearty appetite and swelling belly, never guessing that she was eating for two. Probably she should have had better prenatal care, possibly some supplements. But she'd managed the whole process quite efficiently on her own, it seemed, even selecting an unusually warm February day to give birth. A cold wave was approaching in forty-eight hours, though, so we scurried to find the heat lamps and bring Jeannette and Jesus into a cozy corner of the barn. All this made me think even more about why I own donkeys at all. When I got my troubled border collie Orson, we started learning to herd at a sheep farm in Pennsylvania. A lonely old donkey named Carol lived in the adjacent pasture. We bonded; I was enchanted by her soulful eyes and gentle bray, and she loved the apples I brought her and the pats and scratches that accompanied them. When I bought the farm in uKatz, Jon is the author of 'Dog Days ', published 2007 under ISBN 9781400064045 and ISBN 140006404X.