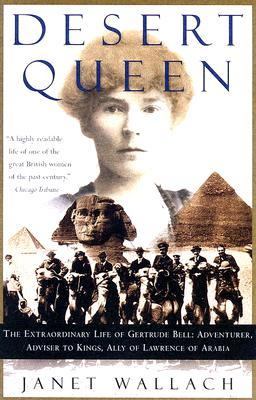 CHAPTER ONE Of Great and Honored Stock -- Great persons, like great empires, leave their mark on history. The greatest empire of all time, the one that stretched over a greater amount of ocean, covered a greater amount of land, contained a greater number of people than any before it, was the British Empire of Queen Victoria. Her superpower left its mark on continents and subcontinents, from Europe to Australia to India to America to Africa to Asia, from Adelaide to Wellington, Bombay to Rangoon, Ottawa to the Virgin Islands, Alexandria to Zanzibar, Aden to Singapore. The British navy ruled the seas, British coal fueled the ships and industries, British bankers financed the businesses, British merchants ran the trade, British food fed the stomachs and British factories clothed the bodies of one fourth of all human beings who lived and worked and played in every corner of the world. Nothing better exemplified Britain's place at the center of the universe than the very first world's fair, the Great Exhibition of 1851, held in London. Along with Queen Victoria (who visited it forty times), half a million people--entrepreneurs, industrialists, landed aristocrats, diplomats, professionals, tradesmen and workers----came on opening day to see the ''Great Exhibition of the Works of Industry of All Nations'' at the new Crystal Palace in Hyde Park. Six million more people followed, most of them arriving by railway, to walk under the domed glass and along the carpeted hallways, to see goods from countries as nearby as France, Germany, Italy and Spain and from as far away as Russia, Persia, Turkey and China. They saw every imaginable product and some that were unimaginable: fabrics, raw hides, machine looms, jewelry, china, chocolates, coffee, tea, carpets, automatic revolvers, hydraulic presses, mechanical wood saws, wheat--grinding machines, gold quartz mills, high--pressure steam engines, a twenty--four--ton chunk of coal and a machine that sent messages by telegraph. The point of the exhibition, said Prince Albert, who had conceived it, was to show how far mankind had come and to give a direction for future development. No nation had come farther than Britain, the pioneer of the Industrial Revolution, ''the workshop of the world.'' Its citizens had the highest per capita income and its workers contributed more than half of the fourteen thousand exhibitions at the Crystal Palace. In addition to the products of its colonies, the British booths displayed English cottons from Lancashire, sturdy woolens from Yorkshire, linens from Scotland, edged tools and fancy silver from Birmingham, glass and cutlery from Sheffield and huge machinery from Northumbria. Nowhere did Britain's workshops toil harder than in Northumbria. In this remote region of northeast England, gray clouds still hover like withering ghosts, reminders of the black smoke of the furnaces that once choked its air and filled its skies. Northumbria. Its very name rumbles with the grimness of murky towns, desolate moors and dark seas. From its plants and factories came ships and railroads and enough iron and steel to help Britain fill forty percent of the world's supply. From beneath its surface came vast amounts of salt, lead, alum and iron ore and enough coal to help Britain provide two thirds of the world's needs. To and from its coastline came and went massive steamships carrying goods and keeping Northumbrians in touch with every outpost of the Empire. If Northumbria was England's industrial country, Middlesbrough was its model town. Built out of bleak salt marshes, it began in 1801 with twenty--five people, but after railway lines were laid and ironworks started, it exploded into a booming town with a population of 7,431 in 1851, 19,416 in 1861 and more than 90,000 at the end of the nineteenth century. Its collieries that mined coal and converted it into coke (by 1840 Middlesbrough was mining one and a half million tons of coal annually), its blast fWallach, Janet is the author of 'Desert Queen ', published 2005 under ISBN 9781400096190 and ISBN 1400096197.