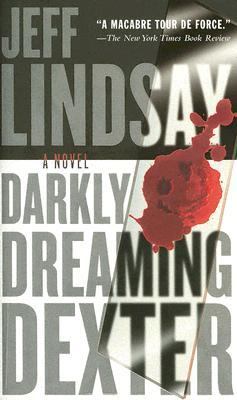 CHAPTER 1 Moon. Glorious moon. Full, fat, reddish moon, the night as light as day, the moonlight flooding down across the land and bringing joy, joy, joy. Bringing too the full-throated call of the tropical night, the soft and wild voice of the wind roaring through the hairs on your arm, the hollow wail of starlight, the teeth-grinding bellow of the moonlight off the water. All calling to the Need. Oh, the symphonic shriek of the thousand hiding voices, the cry of the Need inside, the entity, the silent watcher, the cold quiet thing, the one that laughs, the Moondancer. The me that was not-me, the thing that mocked and laughed and came calling with its hunger. With the Need. And the Need was very strong now, very careful cold coiled creeping crackly cocked and ready, very strong, very much ready now--and still it waited and watched, and it made me wait and watch. I had been waiting and watching the priest for five weeks now. The Need had been prickling and teasing and prodding at me to find one, find the next, find this priest. For three weeks I had known he was it, he was next, we belonged to the Dark Passenger, he and I together. And that three weeks I had spent fighting the pressure, the growing Need, rising in me like a great wave that roars up and over the beach and does not recede, only swells more with every tick of the bright night's clock. But it was careful time, too, time spent making sure. Not making sure of the priest, no, I was long sure of him. Time spent to be certain that it could be done right, made neat, all the corners folded, all squared away. I could not be caught, not now. I had worked too hard, too long, to make this work for me, to protect my happy little life. And I was having too much fun to stop now. And so I was always careful. Always tidy. Always prepared ahead of time so it would be right. And when it was right, take extra time to be sure. It was the Harry way, God bless him, that farsighted perfect policeman, my foster father. Always be sure, be careful, be exact, he had said, and for a week now I had been sure that everything was just as Harry-right as it could be. And when I left work this night, I knew this was it. This night was the Night. This night felt different. This night it would happen, had to happen. Just as it had happened before. Just as it would happen again, and again. And tonight it would happen to the priest. His name was Father Donovan. He taught music to the children at St. Anthony's Orphanage in Homestead, Florida. The children loved him. And of course he loved the children, oh very much indeed. He had devoted a whole life to them. Learned Creole and Spanish. Learned their music, too. All for the kids. Everything he did, it was all for the kids. Everything. I watched him this night as I had watched for so many nights now. Watched as he paused in the orphanage doorway to talk to a young black girl who had followed him out. She was small, no more than eight years old and small for that. He sat on the steps and talked to her for five minutes. She sat, too, and bounced up and down. They laughed. She leaned against him. He touched her hair. A nun came out and stood in the doorway, looking down at them for a moment before she spoke. Then she smiled and held out a hand. The girl bumped her head against the priest. Father Donovan hugged her, stood, and kissed the girl good night. The nun laughed and said something to Father Donovan. He said something back. And then he started toward his car. Finally: I coiled myself to strike and-- Not yet. A janitorial service minivan stood fifteen feet from the door. As Father Donovan passed it, the side door slid open. A man leaned out, puffing on a cigarette, and greeted the priest, who leaned against the van and talked to the man. Luck. Luck again. Always luck on these Nights. I had not seen the man, not guessed he was there. But he would have seeLindsay, Jeff is the author of 'Darkly Dreaming Dexter', published 0000 under ISBN 9781400095919 and ISBN 1400095913.