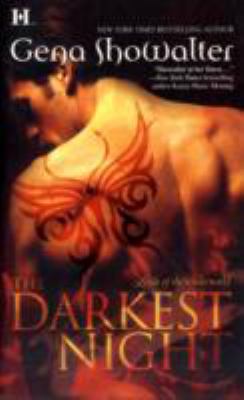 Every night death came, slowly, painfully, and every morning Maddox awoke in bed, knowing he'd have to die again later. That was his greatest curse and his eternal punishment.He ran his tongue over his teeth, wishing it were a blade over his enemy's throat instead. Most of the day had already passed. He'd heard the time seep away, a poisonous tick-tock in his mind, every beat of the clock a mocking reminder of mortality and pain.In little more than an hour, the first sting would pierce his stomach and nothing he did, nothing he said, would change that. Death would come for him."Damned gods," he muttered, increasing the speed of his bench presses."Bastards, every one of them," a familiar male voice said from behind him.Maddox's motions didn't slow at Torin's unwelcome intrusion. Up. Down. Up. Down. For two hours he had worked out his frustration and anger on the punching bag, the treadmill and now the weights. Sweat ran from his bare chest and arms, riding the ropes of his muscles in clear rivulets. He should be as exhausted mentally as he was physically, but his emotions were only growing darker, more powerful."You should not be here," he said.Torin sighed. "Look. I didn't mean to interrupt, but something's happened.""So take care of it.""I can't.""Whatever it is, try. I'm in no shape to help." These last few weeks very little was needed to send him into a killing haze where no one around him was safe. Even his friends. Especially his friends. He didn't want to, never meant to, but was sometimes helpless against urges to strike and to maim."Maddox--""I'm at the edge, Torin," he croaked. "I would do more harm than good."Maddox knew his limitations, had known them for thousands of years. Ever since that doomed day the gods had chosen a woman to perform a task that should have been his.Pandora had been strong, yes, the strongest female soldier of their time. But he had been stronger. More capable. Yet he had been deemed too weak to guard dimOuniak, a sacred box housing demons so vile, so destructive, they could not even be trusted in Hell.As if Maddox would have allowed it to be destroyed. Frustration had bloomed inside him at the affront. Inside all of them, every warrior now living here. They had fought diligently for the king of the gods, killed expertly and protected thoroughly; they should have been chosen as guards. That they hadn't was an embarrassment not to be tolerated.They'd only thought to teach the gods a lesson the night they'd stolen dimOuniak from Pandora and released that horde of demons upon the unsuspecting world. How foolish they had been. Their plan to prove their power had failed, for the box had gone missing in the fray, leaving the warriors unable to recapture a single evil spirit.Destruction and havoc had soon reigned, plunging the world into darkness until the king of the gods finally intervened, cursing each warrior to house a demon inside himself.A fitting punishment. The warriors had unleashed the evil to avenge their stinging pride; now they would contain it.And so the Lords of the Underworld were born.Maddox had been given Violence, the demon who was now as much a part of him as his lungs or his heart. Now, man could no longer live without demon and demon could no longer function without man. They were woven together, two halves of a whole.From the very first, the creature inside him had beckoned him to do malicious things, hated things, and he'd been compelled to obey. Even when led to slay a woman--to slay Pandora. His fingers clenched the bar so tightly his knuckles nearly snapped out of place. Over the years he had learned to control some of the demon's more vile compulsions, but it was a constant struggle and he knew he could shatter at any moment.What he would have given for a single day of calm. No overpowering desire to hurt others. No battles within himself. No worries. No death. Just...peace.