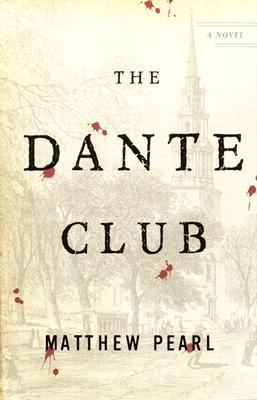 CANTICLE ONE I JOHN KURTZ, the chief of the Boston police, breathed in some of his heft for a better fit between the two chambermaids. On one side, the Irish woman who had discovered the body was blubbering and wailing prayers unfamiliar (because they were Catholic) and unintelligible (because she was blubbering) that prickled the hair in Kurtz's ear; on the other side was her soundless and despairing niece. The parlor had a wide arrangement of chairs and couches, but the women had squeezed in next to the guest as they waited. He had to concentrate on not spilling any of his tea, the black haircloth divan was rattling so hard with their shock. Kurtz had faced other murders as chief of police. Not enough to make it routine, though--usually one a year, or two; often, Boston would pass through a twelve-month period without a homicide worth noticing. Those few who were murdered were of the low sort, so it had not been a necessary part of Kurtz's position to console. He was a man too impatient with emotion to have excelled at it anyway. Deputy Police Chief Edward Savage, who sometimes wrote poetry, might have done better. This--this was the only name Chief Kurtz could bear to attach to the horrifying situation that was to change the life of a city--was not only a murder. This was the murder of a Boston Brahmin, a member of the aristocratic, Harvard-schooled, Unitarian-blessed, drawing room caste of New England. And the victim was more than that: He was the highest official of the Massachusetts courts. This had not only killed a man, as sometimes murders do almost mercifully, but had obliterated him entirely. The woman they were anticipating in the best parlor of Wide Oaks had boarded the first train she could in Providence after receiving the telegram. The train's first-class cars lumbered forward with irresponsible leisure, but now that journey, like everything that had come before, seemed part of an unrecognizable oblivion. She had made a wager with herself, and with God, that if her family minister had not yet arrived at her house by the time she got there, the telegram's message had been mistaken. It didn't quite make sense, this half-articulated wager of hers, but she had to invent something to believe, something to keep from fainting dead away. Ednah Healey, balanced on the threshold of terror and loss, stared at nothing. Entering her parlor, she saw only the absence of her minister and fluttered with unreasoning victory. Kurtz, a robust man with mustard coloring beneath his bushy mustache, realized he too was trembling. He had rehearsed the exchange on the carriage ride to Wide Oaks. "Madam, how very sorry we are to call you back to this. Understand that Chief Justice Healey..." No, he had meant to preface that. "We thought it best," he continued, "to explain the unfortunate circumstances here, you see, in your own house, where you'd be most comfortable." He thought this idea a generous one. "You couldn't have found Judge Healey, Chief Kurtz," she said, and ordered him to sit. "I'm sorry you've wasted this call, but there's some simple mistake. The chief justice was--is staying in Beverly for a few quiet days of work while I visited Providence with our two sons. He is not expected back until tomorrow." Kurtz did not claim responsibility for refuting her. "Your chambermaid," he said, indicating the bigger of the two servants, "found his body, madam. Outside, near the river." Nell Ranney, the chambermaid, welled with guilt for the discovery. She did not notice that there were a few bloodstained maggot remains in the pouch of her apron. "It appears to have happened several days ago. Your husband never departed for the country, I'm afraid," Kurtz said, worried he sounded too blunt. Ednah Healey wept slowly at first, as a woman might for a dead household pet--reflectivPearl, Matthew is the author of 'Dante Club' with ISBN 9780375505294 and ISBN 0375505296.