Cultures of the Jews Modern Encounters A new History 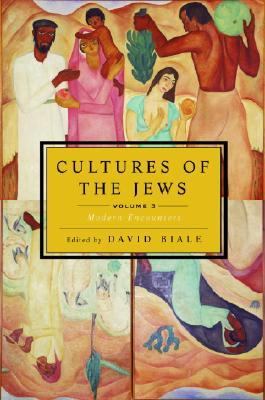 URBAN VISIBILITY AND BIBLICAL VISIONS: Jewish Culture in Western and Central Europe in the Modern Age richard i. cohen Could Moses Mendelssohn (172986), the Enlightenment Jewish philosopher and originator of the Bi'ur (a translation of the Bible into German in Hebrew characters), have seen what a Galician-born Jewish artist used for the frontispiece of an illustrated Bible at the beginning of the twentieth century, he would certainly have been shocked and uncomfortable. But whether Ephraim Moses Lilien (18741925) was out to stun his audience or was just deeply engrossed in the art nouveau style is at present of little significance. However, by placing the renowned thinker alongside the less-known, erstwhile Zionist artist, we get a fuller view of the cultural transformation of West and Central European Jewry during a century and a half. Jewish sensibilities and concerns were radically transposed as the engagement with a panoply of cultural orientations superseded earlier pinnacles of Jewish integration, such as Muslim Spain. Even the Bible, the Old Testament, the touchstone of Judaism, would be refracted and refashioned in a multitude of expressions, showing the shifting boundaries of Jewish life and the Jews' profound acceptance of the surrounding environment. The tightrope Mendelssohn walked between traditional Judaism and European culture was long forgotten or discarded when Lilien brazenly incorporated into the frontispiece of his Bible (1908,1 1923) two androgynous figures holding an extended Torah scroll that covers their genitalia. In Lilien's day, the tightrope stretched between European culture and a Jewish nationalist agenda. Juxtaposing these texts highlights other contrasts in the modern Jewish experience in Western and Central Europe. Whereas Mendelssohn continued an internal tradition of commentary and exegesis in written form, Lilien offered a visual interpretation, much less common or conscious of tradition. The former claimed the original text through intricate discourse, the latter playfully experimented with it. The written text was directed to Jews, to widen their horizons and concerns; the visual one was an ecumenical effort (which originated among German Lutherans), to engage both non-Jews and Jews. Whereas Mendels- sohn's Bible demanded distinctness, Lilien's celebrated the nonsectarian, but constantly alluded to the exclusive. Combined, the texts merge rationalism, visibility, universalism, uniqueness, traditional scholarship, and modern skepticism, as well as encounters with the "other," contemporaneously and historically. They are contrasting expressions of the ways Jews have tried in the modern period to integrate their culture into a larger category of civilization, but both reveal inner tensions within those paths. By studying the issues emanating from the oeuvres of Mendelssohn and Lilien, we will chart some of the roads that led from one to the other. Although today neither Mendelssohn nor Lilien are cited as the pioneers of new horizons, of modernism, in the way Marx, Freud, or Kafka are perceived, they and their works frame the confrontation with modernity that Jews of different religious, cultural, and social backgrounds faced. Mendelssohn's age saw the political and social barriers between Jews and non-Jews challenged by voices within European society and governments, though not overcome. Joseph II (r. 178090), the Habsburg emperor, was the first to make a serious change in the political status of European Jews. He promulgated a series of Toleration Acts that promised to integrate the Jews into the general polity, and in the case of the recently occupied province of Galicia (1789) came close toBiale, David is the author of 'Cultures of the Jews Modern Encounters A new History', published 2006 under ISBN 9780805212020 and ISBN 0805212027.

7 from $1.98
Loading marketplace prices 7 copies from $1.98 How does the rental process work?
View more