Cultures of the Jews Mediterranean Origins 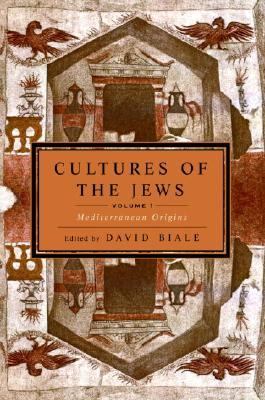 IMAGINING THE BIRTH OF ANCIENT ISRAEL: National Metaphors in the Bible The Bible begins not with the culture of the Hebrews but with the origins of culture as such. The initial concern with the origin of civilization is already evident in the story of the Garden of Eden, where Eve and Adam acquire the first taste of "knowledge," but it is only in the account of the bold building of the Tower of Babel, East of Eden, that we get a fuller consideration of human culture. Humankind was once one, we are told, and "everyone on earth had the same language and the same words" (Genesis 11:1). But this era of cultural unity does not last for long. One day the people say to each other "Come, let us build us a city, and a tower with its top in the sky, to make a name for ourselves; else we shall be scattered all over the world" (11:4). In response to this challenge against heaven, God shatters the builders' dream of grandeur, confounds their language, and scatters them in all directions. Culture, however, is not destroyed. Rather, it assumes a different form. From now on its distinguishing mark is diversity and dispersion. From now on, its distinct site becomes the nation. Of the many nations that "branch out" in the vast expanses of the earth, Israel is singled out. In the episode following the Tower of Babel, God demands that Abraham leave his birthplace (Ur of the Chaldeans) and go forth (lekh lekha) to the land shown to him. There, God assures him, "I will make of you a great nation, and I will bless you; I will make your name great" (Genesis 12:2). Abraham's migration to Canaan offers a new departure. Whereas the sinful homogeneous community of Babel failed, Abraham's descendants, the people God has chosen from a multitude of peoples, seem to hold much promise, destined as they are (unlike the builders of the Tower) to acquire a "great name." The primary exile of the first patriarch, his capacity to part from his cultural origins, is construed as an essential rift, a prerequisite for the rise of the nation. Later, in Exodus, the people as a whole will follow a similar route, moving out of Egypt, wandering in the desert, and fashioning the cultural contours of the nation on their way to the Promised Land. Dispersion and exile, however, do not lead to clear-cut borders between cultures. Languages intersect in unexpected ways. The very name "Babel," which commemorates the primary linguistic splitting, is also a cross-cultural product. Its meaning in Akkadian is presumably "the gate to the gods" (bab iley), but in the course of the biblical story it is Hebraized via a pun when it is linked to the Hebrew root blbl (to confuse). Perhaps this interpretation of "Babel" is an attempt to mock the pretentious temples of Mesopotamia: the tower that was meant to lead to the gods leads only to confusion. But what turns out to be far more confusing is the lack of clear demarcation between the chosen and the non-chosen. As the history of the children of Israel unfolds, we discover that the rebellious quality of primeval culture does not dissipate once we move into the realm of the chosen ones. Quite the contrary: rebellion is one of the salient features of the chosen nation. The Israelites do not venture to construct brick temples whose tops reach heaven, but their idolatrous cravings betray a similar tendency to transgress sacred boundaries. The question of national identitythe attempt to fathom the entangled relations between Israel and God, between Israel and other nationsis one of the most resonant and unresolvable questions inBiale, David is the author of 'Cultures of the Jews Mediterranean Origins', published 2006 under ISBN 9780805212006 and ISBN 0805212000.

6 from $3.83
Loading marketplace prices 6 copies from $3.83 How does the rental process work?
View more