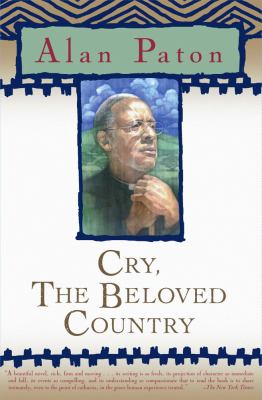 Reading Group Discussion Points How isCry, the Beloved Countrypart story, part prophecy, and part psalm? How does the story resemble the biblical parable of the prodigal son? How does it mirror another biblical parable, Absalom? What is the significance of Kumalo's son being named Absalom? Where else does the Bible inform the story?There are many paradoxes in this novel: a priest's son commits murder; a white man who fights for the dignity of South African blacks is senselessly murdered; the father of the murdered son helps the father of the son who murdered to keep a disintegrating native tribe together. How do you reconcile these paradoxes? How do they contribute to the richness of the story? Why might Paton have made this choice?Msimangu says, "I see only one hope for our country, and that is when white men and black men, desiring neither power or money, but desiring only the good of their country, come together to work for it." The book was written in 1948. Some forty-odd years later, has Msimangu's prophecy come to pass? If so, in what ways? If not, why?How does apartheid manifest itself inCry, the Beloved Country? Describe or characterize the separate worlds inhabited by blacks and whites. Where do black and white lives touch?Jarvis is unable to physically comfort Kumalo. Paton writes, "And because he spoke with compassion, the old man wept, and Jarvis sat embarrassed on his horse. Indeed he might have come down from it, but such a thing is not lightly done." But yet, when the people of Ndotsheni are in grave trouble, Jarvis provides milk and irrigation vital to their survival, and later a new church. Why is he capable of one and not the other? Exactly what is it that is not lightly done? How and why does such duality exist? What do you feel about such codes of behavior?Cry, the Beloved Countryis, in part, a story about those who stayed and those who left. What happens to the people who stayed in the tribal villages? What happens to those who left and went to Johannesburg? What is Paton's point of view of this mass migration? Does he feel it was necessary? Inevitable? What is your opinion?Arthur Jarvis says "It was permissible to allow the destruction of a tribal system that impeded the growth of the country. It was permissible to believe that its destruction was inevitable. But it is not permissible to watch its destruction, and to replace it with nothing, or by so little, that a whole people deteriorates, physically and morally." What events in the novel illustrate the breakup of the tribal system? How is the tribal system destroyed? What is done to replace it?An unidentified white person in the novel offers, "Which do we suffer, a law-abiding, industrious and purposeful native people, or a lawless, idle and purposeless people? The truth is, that we do not know, for we fear them both." What is it that the white man fears in both instances? Which does the white man suffer in this novel? What might be Paton's point of view? What is your opinion and why?Throughout the story, Kumalo experiences the absence of God and momentary losses of faith. He suffers through periods where it feels as if God has deserted him. What other characters experience the absence of God? Does Kumalo ever experience the presence of God? If so, when? Is God basically absent or present in Paton's novel? If so, in what way does God manifest Himself?Describe the role of faith in the novel. How does it serve Kumalo and Msimangu, the people of Ndotsheni? Was it faith that inspired Arthur Jarvis, and hence his father? What about Absalom? Is there any indication that faith impedes or injures any of the characters?There is much mention of secrets in this novel, secrets with no answers. Father Vincent tells Kumalo, "Yes, I said pray and rest. Even if it is only words that you pray, and even iPaton, Alan is the author of 'Cry, the Beloved Country' with ISBN 9780743262170 and ISBN 0743262174.