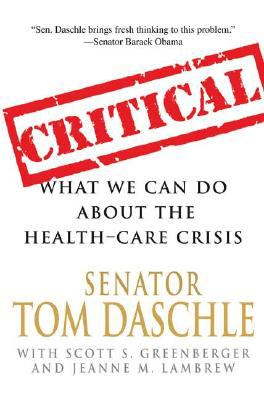 Excerpt Before exploring my idea in detail, it's worthwhile to review the current state of affairs. By almost any measure, the situation is grim. We like to boast that we have the highest standard of living in the world, and yet at the dawn of the twenty-first century, we are the only industrialized nation that does not guarantee necessary health care to all of its citizens. It is stunning and shameful. There are about 47 million Americans without health insurance, and researchers have estimated that about four-fifths of them are either employed or members of a family with an employed adult.1 An additional 16 million people are "underinsured," or have coverage that would not protect them from catastrophic medical expenses.2 Simply put, an increasing number of Americans lack health insurance because theyand their employersjust can't afford it. Only 65 percent of people earning less than $10 an hour are offered health insurance at work. Furthermore, as health-care costs have exploded, many employers who offer coverage have reduced the portion of the premiums they cover. As a result, many working people can't afford coverage even when it is made available to them. Other firms are eliminating coverage for prescription drugs, dental care, vision care, and care of dependents.3 And it isn't just low-wage workers or the unemployed who are in danger: Statistics show that more middle-class peoplefamilies with annual incomes of $50,000 or moreare joining the ranks of the uninsured. Today, 18 million of the roughly 47 million people without insurance have family incomes that exceed $50,000.4 Vicki H. Readling, a fifty-year-old real estate agent and breast cancer survivor from Salisbury, North Carolina, knows this all too well. Real estate agents are independent contractors, so Readling doesn't have medical coverage through an employer. She earned about $60,000 in 2006, a solidly middle-class salary in the Piedmont region of her state. But because of her medical history, the only policy Readling could find on the individual insurance market would have cost her more than $27,000 a year, far more than she could afford. She delays visits to the doctor and makes her $300-a-month cancer medication last longer by taking it only three or four times a week instead of every day. "I really try to stay away from the doctor because I am so scared of what everything will cost," Readling said in an interview with The New York Times. "Why am I being punished? I just don't understand how I could have fallen through this horrible, horrible crack."5 More than 16 percent of our economy, or $2 trillion, is spent on health care. On a per person basis, Americans spent more than $6,100 on medical care in 2004, more than twice the industrial world's average and about 50 percent more than the next most expensive country, Switzerland.6 This disparity is even more striking when one considers that in every other industrialized country, every citizen is covered. Between 2000 and 2007, U.S. health premiums have risen 98 percent, while wages have increased by only 23 percent. The average family health insurance policy now costs more than the earnings of a full-time, minimum-wage worker.7 No wonder medical bills are the leading cause of bankruptcy in the United States, accounting for about half of them. Incredibly, one fifth of working-age Americansboth insured and uninsuredhave medical debt they are paying off over time. More than two-fifths of these people owe $2,000 or more.8 Representing South Dakota, where incomes are lower than in most other states, I encountered many families who were struggling to pay their medical bills. One woman who made an especially vivid impression on me was Donna S. SmDaschle, Tom is the author of 'Critical', published 2008 under ISBN 9780312383015 and ISBN 0312383010.