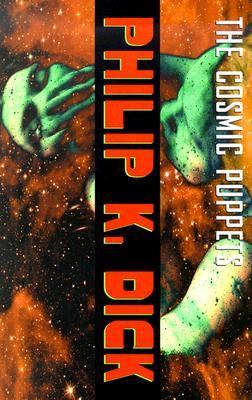 ONE Peter Trilling watched quietly as the other children played in the dust by the side of the porch. They were intent on their game. Mary was carefully kneading and shaping brown lumps of clay into vague shapes. Noaks sweated furiously to keep up with her. Dave and Walter had already finished theirs and were resting. Abruptly, Mary tossed her black hair, arched her slim body, and set down a clay goat. 'See?' She demanded. 'Where's yours?' Noaks hung his head; his hands were too slow and clumsy to keep up with the girl's flying fingers. Mary had already swept up her clay goat and was rapidly reshaping it into a horse. 'Look at mine,' Noaks muttered thickly. He stood a clumsily formed airplane on its tail and gave it an accompanying noise with wet lips. 'See? Pretty good, huh?' Dave snorted. 'That's lousy. Look at this.' He pushed his clay sheep forward, close to Walter's dog. Peter watched silently. Aloof from the other children, he sat curled up on the bottom step of the porch, arms folded, dark brown eyes liquid and huge. His tousled, sandy-colored hair hung down around his wide forehead. His cheeks were deeply tanned from the hot midsummer sun. He was a small child, thin and long-limbed; his neck was bony and his ears strangely shaped. He said very little; he liked to sit and watch the others. 'What's that?' Noaks demanded. 'A cow.' Mary shaped the legs of her cow and set it on the ground beside Noaks' airplane. Noaks saw it with awe; he drew back unhappily, one hand on his airplane. Then he lifted it up and soared it plaintively. Doctor Meade and Mrs Trilling came down the stairs of the boarding house together. Peter drew aside, out of the doctor's way; he carefully avoided contact with the blue pin-striped trouser leg, black shiny shoes. 'Okay,' Doctor Meade said briskly to his daughter, as he glanced at his gold pocket watch. 'Time to go back up to Shady House.' Mary got reluctantly to her feet. 'Can't I stay?' Doctor Meade put his arm around his daughter affectionately. 'Get going, you little Wanderer. Into the car.' He turned back to Mrs Trilling, again professional. 'There's nothing to worry about. Probably pollen from the broom plants. They're flowering now.' 'Those yellow things?' Mrs Trilling dabbed at her streaming eyes. Her plump face was swollen and red, eyes half-closed. 'They didn't do it last year.' 'Allergies are strange,' Doctor Meade said vaguely. He chewed on the stump of his cigar. 'Mary, I told you to get in the car.' He opened the door and slid in behind the wheel. 'Give me a call, Mrs Trilling, if those antihistamine pills don't do the trick. I'll probably be over tonight for dinner, anyhow.' Nodding and wiping her eyes, Mrs Trilling disappeared back inside the boarding house, to the hot kitchen and the piles of dishes left over from lunch. Mary moved sullenly toward the station wagon, hands deep in the pockets of her jeans. 'That ruins the game,' she muttered. Peter slid off his step. 'I'll play,' he said quietly. He picked up Mary's discarded clay and began to reshape it. Boiling summer sun streamed down on the hilly farms, the acres of wild brush and trees, the jutting cedars and laurels and poplars. And pines, of course. They were leaving Patrick County, getting close to Carroll and the jutting projection of Beamer Knob. The road was in bad repair. The sleek yellow Packard coughed and hesitated as it pushed up the steep Virginia hills. 'Ted, let's go back,' Peggy Barton groaned. 'I've had all I can take.' She hunched over and rummaged for a can of beer behind the seat. The can was warm. She dropped it back in the sack and settled sullenly against the door, beads of perspiration on her cheeks, arms folded furiously. 'Later,' Ted Barton murmured. He had rolled down the window and hung as far out as he could, a rapt, excited lookDick, Philip K. is the author of 'Cosmic Puppets', published 2003 under ISBN 9781400030057 and ISBN 1400030056.

3 from $9.10
Loading marketplace prices 3 copies from $9.10 How does the rental process work?
View more