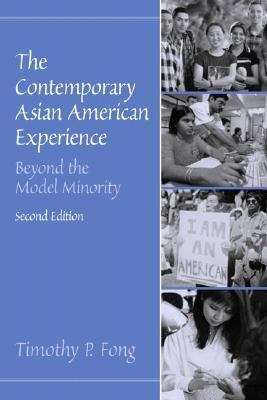 This book is intended primarily for college-level courses, but is written in a clear and direct narrative form that can easily reach a broader audience. InThe Sociological Imagination(1959), C. Wright Mills chides authors for what he calls "socspeak," the complex writing style commonly used in the social sciences. Mills complains that in academic circles, anyone who writes "in a widely intelligible way" is belittled for being "a mere journalist."1 As a social scientist, I know many colleagues who criticize the journalistic writing style for being too simple. As a former journalist, I also know that journalists criticize academic writing style for being too abstract. Despite these criticisms of each other, social scientists and journalists do share a common goal: increasing understanding of the issues confronting today's society. You will find the academic/journalistic approach in this book refreshing because it combines the rigor of scholarship with the accessibility of journalism. It will also help you to better appreciate the significance of the research work of scholars from a variety of academic disciplines. The Contemporary Asian American Experiencehas several major objectives. The first is to provide you with a sound academic background to better comprehend the history, culture, and social relationships that form the fundamental issues Asians in America confront today. This book analyzes the interrelationship of race, class, and gender and explores how these factors have shaped the experiences of Asian Americans. I hope that you will arrive at a new level of understanding and awareness beyond the simplistic stereotype of the "model minority" through exposure to important concerns of Asian American groups and communities. Second, this book offers a balanced and comparative analysis of the different Asian ethnic groups, newer immigrants, and American-born Asians. The Chinese, Japanese, and Filipinos were among the earliest immigrants from Asia, but I also discuss concerns of the newer immigrants such as the Koreans, Asian Indians, and Southeast Asian refugees, who have come in large numbers to the United States since 1965. With this in mind, I organized the chapters by specific issues rather than by individual ethnic group. In addition, the book is balanced in terms of strong representation of how the various topics pertain to and impact Asian American women. Third, I analyze competing aspects of the Asian American experience. Most of the early research on Asian Americans focused on the "positive" cultural aspects of a strong work ethic and filial piety, amazing success in education, and enviable economic upward mobility. Since the 1970s, however, an increasing number of Asian American scholars have challenged what they believe is an overemphasis on anecdotal evidence and superficial statistical data. They have focused on issues of prejudice and discrimination, underemployment, educational problems, family and intergenerational conflict, and a host of other social concerns intended to provide a comprehensive picture of the Asian American experience. Fourth, this book compares and contrasts various theoretical perspectives throughout the text where appropriate, a unique approach, but necessary given the diversity of issues covered. For example, I discuss different theories on immigration, immigrant adaptation and assimilation, ethnic entrepreneurship, educational achievement, ethnic identity, interracial marriage, and political incorporation, among others. Within this, recent Asian immigrants greatly differ from earlier immigrants in socioeconomic background and adjustment to American society. Clearly there is a need to review traditional concepts and theories, which are primarily based on historical experiences. Lastly, an up-to-date collection of immigration, demographic, socioeconomic, and educational data on Asian Americans is included. Liberal use of tables highlights thisFong, Timothy P. is the author of 'Contemporary Asian American Experience Beyond the Model Minority', published 2001 under ISBN 9780130918345 and ISBN 0130918342.