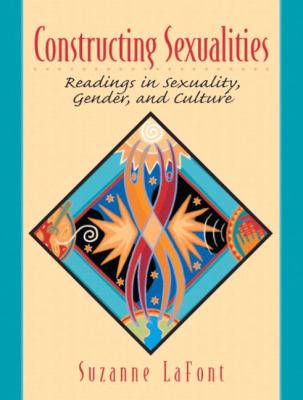 The average person, if there is such an animal, will probably have 100s, if not 1,000s, of sexual encounters in the course of his or her life. All of that sexual activity will result, on average, in two children. The point is that most human sexual behavior is not about reproducing, and in fact, most of us will spend a considerable amount of time and energy making sure that our sexual encounters do not lead to children. Despite this, until recently most discussions about gender and sexualities focused on reproduction. No one is denying that there is a link between sex and reproduction, yet social and physical scientists are still struggling with its role as the motivation for. gender roles and sex acts. Explanations put forth by biologists, psychologists, sociologist, sexologists, and anthropologists differ and even pit one discipline against the other. Hence, questions about the roles of sexuality and gender have generated some of the most contested hypotheses in the sciences. On one side of the debate, some sociobiologists reduce human sexuality to reproduction, looking for the sexual "whys" in how a behavior increases our reproductive success. Their views are very seductive and support the widely held belief that reproduction is the "true" purpose of sex and that gender has been "naturally" shaped to complement reproductive roles. Working under these assumptions, forms of sexual behavior that fall outside of what could be reproductive (even if reproduction is not desired) are thenipso factounnatural. On the other side of the debate, social construction theorists call for a revision in some of the evolutionary theories that make claims about gender behavior and sexuality. They question the widely held assumptions about an innate sexual drive (libido) and innate programming channeling sexual desire towards members of the opposite sex (sexual orientation). They suggest that beliefs about sexualities should be understood as hypotheses, not scientific truths. These "facts" have not, after all, been proven through the scientific method. Social constructionists argue that understanding precultural human sexualities may not be possible because of the intensive cultural intervention that begins at birth. The book is not closed on these debates, rather, the most exciting work has probably yet to be done, advances in research continuously add to our knowledge. Both schools of thought agree that no culture in the world treats sex as a physical act without meaning. Unlike other animals who mate and engage in sex acts without societal, parental, ideological, and legal influences, humans experience socialization that comes with a host of messages about sex, gender, and sexualities. That is why dog sex is more or less dog sex. It does not matter whether it involves Poodles or Great Danes (or a coupling of the two), basically the same thing is going to happen. Among humans, on the other hand, we find an immense amount of variation. The range of human sexual potentialities is best discerned by the ethnographic records, but even that data does not give us the whole story. To fully understand what sex and gender mean to humans, a three part investigation is necessary. Primate modeling is useful because of our close connection with primates. They are used extensively in evolutionary studies as prehominid prototypes. Primates, unlike us, do not mind being observed. They lack the moral/privacy/honest issues that interfere with sexuality and gender research among humans. Secondly, history is important to sexuality/ gender research because it demonstrates how ideas about sexualities have changed over time. Changes in sexual and gender behavior support the idea that there is a fixed, biological basis for such behavior. Finally, cross-cultural studies of sexualities suggest that we cannot really talk about much sexual behavior in terms of human universals. For example, in some societies women should be virginsSuzanne LaFont is the author of 'Constructing Sexualities: Readings in Sexuality, Gender, and Culture', published 2002 under ISBN 9780130096616 and ISBN 013009661X.