Confederacy of Silence A True Tale of the New Old South 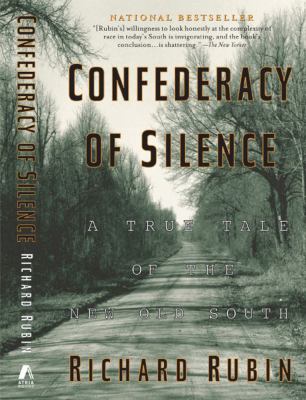 Chapter One: Hospitality StateThe true wonder of hindsight lies not in its ability to clarify situations and events, but in its propensity to coat them with a glaze of dignity and glamour, even glory. Today, when people ask me why I moved to Mississippi in the summer of 1988, I tell them I did it for adventure, and to get a priceless education in the science of journalism, and because I wanted to see and experience and understand a place I had studied and written about extensively in college.At the time, though, I was pretty sure I was going to Mississippi because I couldn't type.*I was supposed to be a lawyer. In high school, I had excelled in the extracurricular activity known as Mock Trial, wherein young aspiring jurists pretend to be attorneys, jousting over fabricated criminal and civil suits in classrooms decked out to resemble courtrooms. My team and I were so good at it that we went all the way to the state championships in Albany my senior year.In the fall of 1984 I enrolled at the University of Pennsylvania and, at the end of my freshman year, declared a major in American history, a major of choice for prospective lawyers. But during my sophomore year, something unthinkable and unconscionable happened: I began to develop a real passion for my major. The study of American history, I began to understand, concerned nothing less than the human condition, and I couldn't get my fill of it. I took enough history classes for two majors, many of them on subjects that could not possibly serve me in law school. And I always opted for term papers rather than exams -- because, as I had discovered, I was also beginning to develop a real passion for writing.In the winter of my junior year, I participated in a seminar on the subject of "Race in America" and watched, as part of the class, the PBS documentaryEyes on the Prize.Much of the first installment of that series dealt with the story of Emmett Till, a black fourteen-year-old boy who left his home in Chicago in the summer of 1955 to visit relatives in the tiny Delta town of Money, Mississippi. One afternoon, while playing with some cousins and their friends outside a small general store, Till removed from his wallet a photograph of a white girl and passed it around, explaining that the girl in the picture was actually his girlfriend. The other children were incredulous; they were, after all, black Mississippians, and in the Mississippi of 1955 black men didn't dare look at white women, much less date them. But Till was adamant, and the other children, looking to call his bluff, challenged him to walk into the store and ask the white woman behind the counter -- twenty-one-year-old Carolyn Bryant -- for a date. Perhaps no one, the film's narrator explained, will ever know for certain what happened next, but according to some of the other children present, Emmett Till strode into the store, bought some candy, and then, on his way out, turned to Carolyn Bryant and said "Bye, Baby."Two nights later, young Till was awakened in his bed by two armed white men who were after "the boy who done all the talkin'." The two men -- Carolyn Bryant's husband, Roy, and his half-brother, J. W. Milam -- drove Till to a secluded bluff overlooking the Mississippi River and beat him savagely; then they drove him back to another spot, near Money, where they shot him in the head, tied a heavy cotton gin fan to his lifeless body (using barbed wire instead of rope), and dumped it into the Tallahatchie River.Till's great-uncle, a sixty-four-year-old sharecropper named Mose Wright, reported the kidnapping to the Leflore County sheriff as soon as Bryant and Milam had driven off with his nephew. Local whites immediately claimed it was a hoax perpetrated by the NAACP to win sympathy for the burgeoning civil rights movement, which was just beginning to take hold in Mississippi following the Supreme Court's decision inBrown v. BoardRubin, Richard E. is the author of 'Confederacy of Silence A True Tale of the New Old South', published 2003 under ISBN 9780671036676 and ISBN 067103667X.