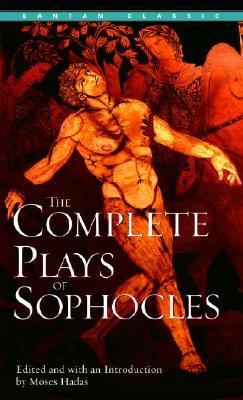 AJAX The character of Ajax, as fixed in the Iliad and therefore familiar to the audience, was of an extraordinarily powerful man, next to Achilles the best of the Greek warriors at Troy, but also of a man extraordinarily headstrong and self-centered. After Achilles' death, according to legend, the divine armor made for him by Hephaestus was to be given to the worthiest of his survivors, and Ajax naturally expected the prize. Instead the chieftains voted to award it to Odysseus. Ajax' consequent hatred of Odysseus is mentioned in the Odyssey: when the two meet in Hades, Ajax refuses to speak to Odysseus but turns his back on him. The opening of the play informs us that in chagrin at his disappointment Ajax was on the point of murdering the Greek generals; to save them Athena darkened Ajax' senses so that he mistook the army's livestock for the generals and slaughtered them instead. When Ajax recovers and realizes, not that his intention was wrong, but that its miscarriage would make him ridiculous, he determines on suicide. He ignores the pleas of Tecmessa and the chorus, bids his child farewell, and departs. Soon he returns, ostensibly reconciled to life; he says he will go and bury his unlucky sword by the seaside and then have peace forevermore. After Ajax has gone and the chorus has sung its premature joy, a messenger from Teucer brings Calchas' warning that Ajax must be kept indoors that day. The chorus and Tecmessa leave to find him. The scene changes to seaside sedge (the only change of scene in the extant plays of Sophocles) and there Ajax makes a farewell speech, with a curse for the Atreidae, buries his sword point up, and falls upon it. The searchers enter and the body of Ajax is found, fittingly by Tecmessa. Teucer comes to bury the body but is forbidden to do so, first by Menelaus, whom he outfaces, and then by Agamemnon, who presents a reasonable argument for denying burial. Odysseus, despite Ajax' animosity toward him, persuades Agamemnon to allow the burial. Modern readers sometimes find the dispute about the burial anticlimactic and irrelevant; but the last third of the Ajax is not a Hamlet without Hamlet. It is not an episode in Ajax' life which is the theme but the totality of his career. To assess his career justly the arguments for and against burial are relevant, and the final decision puts the seal on Ajax' claim to heroization. PERSONS Athena Odysseus Ajax Chorus of Salaminian Sailors Eurysaces, Attendants, Heralds (mute characters) Tecmessa Teucer Menelaus Agamemnon SCENE: Before the tent of Ajax at Troy. (Odysseus is seen scanning footprints, athena aloft.) ATHENA. Always I have seen you, son of Laertes, seeking to snatch some occasion against your enemies; and now at the tent of Ajax by the ships, where he is posted at the very edge of the camp, I see you pausing long on his trail and scanning his fresh tracks, to find whether he is within or abroad. Your course keen-scenting as a Laconian hound's leads you well to your goal. Even now the man is gone within, sweat streaming from his face and from hands that have slain with the sword. There is no further need for you to peer within these doors. But what is your aim in this eager quest? Speak, so that you may learn from her who can give you light. ODYSSEUS. Voice of Athena, dearest to me of the Immortals, how clearly, though you are unseen, do I hear your call and seize it in my soul, as when a Tyrrhenian clarion speaks from mouth of bronze! You have rightly discerned that I am hunting to and fro on the trail of a foeman, Ajax of the mighty shield. It is he and no other that I have been tracking so long. This night he has done to us a thing unthinkableif he is indeed the doer. We know nothing certain but drift in doubt, and I took upon me tHadas, Moses is the author of 'Complete Plays of Sophocles', published 1991 under ISBN 9780553213546 and ISBN 0553213547.