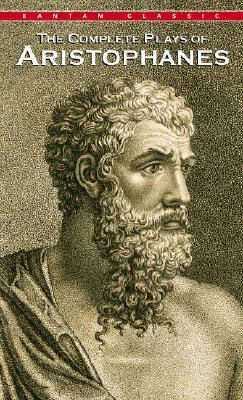 ACHARNIANS THE ACHARNIANS was produced in 425 b.c., when Aristophanes was barely twenty, but in exuberant inventiveness, lyrical quality, serious political criticism, it is among Aristophanes' best plays. It won the first prize over Cratinus and Eupolis. The characteristic topsy-turvy fantasy upon which the play hinges is the notion that a man weary of an ill-considered war might make an individual peace with the enemy. Here Dicaeopolis makes such a peace with Sparta, but as he is about to celebrate the long-intermitted vintage festival he is attacked by a chorus of Acharnian charcoal burners who represent the war party and he wins a hearing by a parody of Euripides' Telephus. In a seriocomic speech he shows that the causes of the war were trifling, and wins over half the chorus, who are engaged in a violent agon by the other half. These call in the general Lamachus to assist them, but the general too is bested in argument, and the chorus, uniting on Dicaeopolis' side, deliver the poet's parabasis. Then Megarians and Boeotians bring in for sale the good things Athens has lacked. A herald summons Lamachus to a hard campaign, and another, Dicaeopolis to a wine party. Lamachus returns wounded, and Dicaeopolis reels in, having won the prize for drinking, on the arms of pretty flute girls, whom he leads out in procession. If we are astonished at the temerity of a poet who could say a word for the enemy and many words for pacifism amid the passions of war, we must be amazed at a democracy which permitted and sponsored such a play in time of war, and gave it first prize. CHARACTERS DICAEOPOLIS CRIER AMPHITHEUS AMBASSADORS PSEUDO-ARTABAS THEORUS DAUGHTER OF DICAEOPOLIS SLAVE OF EURIPIDES EURIPIDES LAMACHUS A MEGARIAN TWO YOUNG GIRLS, DAUGHTERS OF THE MEGARIAN AN INFORMER A BOEOTIAN NICARCHUS SLAVE OF LAMACHUS DERCETES, AN ATHENIAN FARMER A WEDDING GUEST CHORUS OF ACHARNIAN CHARCOAL BURNERS Translated by B. B. Rogers (dicaeopolis is discovered near the Pnyx, impatiently awaiting the opening of the Assembly. His house, flanked by those of lamachus and euripides, is in the background.) DICAEOPOLIS. What heaps of things have bitten me to the heart! A small few pleased me, very few, just four; But those that vexed were sand-dune-hundredfold. Let's see: what pleased me, worth my gladfulness? I know a thing it cheered my heart to see; The five-talent bribe vomited up by Cleon. At that I brightened; and I love the Knights For that performance; 'twas of price to Hellas. Then I'd a tragic sorrow, when I looked With open mouth for Aeschylus, and lo, The Crier called, Bring on your play, Theognis. Judge what an icy shock that gave my heart! Next; pleased I was when Moschus left, and in Dexitheus came with his Boeotian song. But oh this year I nearly cracked my neck, When in slipped Chaeris for the Orthian Chant. But never yet since first I washed my face Was I so bitten--in my brows with soap, As now, when here's the fixed Assembly Day, And morning come, and no one in the Pnyx. They're in the Agora chattering, up and down Scurrying to dodge the cord dripping red. Why, even the Prytanes are not here! They'll come Long after time, elbowing each other, jostling For the front bench, streaming down all together You can't think how. But as for making Peace They do not care one jot. O City! City! But I am always first of all to come, And here I take my seat; then, all alone, I pass the time complaining, yawning, stretching, I fidget, write, twitch hairs out, do my sums, Gaze fondly countryward, longing for Peace, Loathing the town, sick for my village home, Which never cried, Come, buy my charcoal, or My vinegar, my oil, my anything; But freely gave us all; no buy-word there. So here I'm waiting, thoroughly prepared To riot, wrangle,Aristophanes is the author of 'Complete Plays of Aristophanes', published 1984 under ISBN 9780553213430 and ISBN 0553213431.