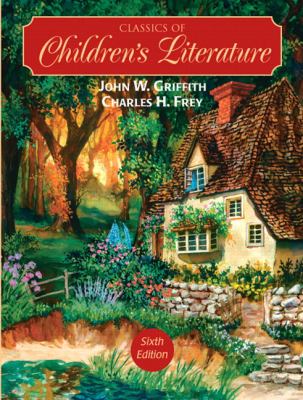 Classics of Children's Literaturenow enters its sixth edition, devoted, as it has been from the start, to providing, in a readable, convenient, and economical format, the most celebrated and enduring works of children's literature in the English-speaking tradition. Since our anthology first appeared in 1981, it has contained, in their entirety, a core of immortal works:Alice in Wonderland, Treasure Island, The Adventures of Tom Sawyer, The Wind in the Willows, The Tale of Peter Rabbit,and fairy tales from the Brothers Grimm, Charles Perrault, Joseph Jacobs, and Hans Christian Andersen. In subsequent editions we have added works of comparable stature: Louisa May Alcott's Little Women, James Barrie'sPeter Pan,and L. M. Montgomery'sAnne of Green Gables. Now, in this new edition, we add E. B. White's modern masterpiece,Charlotte's Web;Margery William Bianco's classic fantasy,The Velveteen Rabbit;the Mowgli stories from Rudyard Kipling'sThe Jungle Books;and an array of children's verses: John Newbery'sMother Goose's Melody,Heinrich Hoffmann'sStruwwelpeter,nonsense verse by Edward Lear, and sixteen poems from Robert Louis Stevenson'sA Child's Garden of Verses.Our aim has been to preserve and enhance the virtues of our original anthology: to make readily available the full texts of genuine literary milestones, works demonstrating the dignity, vitality, and durability of children's classics in the Western tradition. In making these choices, we have been helped and guided by the comments of fellow educators, to whom we express our gratitude: Annette Wannamaker, Eastern Michigan University; Edna D. Butterfield, Freed-Hardeman University; Frederic Giacobazzi, Kirtland Community College; Joyce Schenk, El Camino College; Sandra Feldman, Senoma State University; Kathyrn V Graham, Virginia State University; Patricia A. Leek, University of Texas-Dallas. Considerations of space and the economics of book publishing have not allowed us to follow every intelligent suggestion we received, and we trust that many instructors will supplement our text with other literary works, especially from the modern period. John W. Griffith Charles H. FreyGriffith, John W. is the author of 'Classics of Children's Literature', published 2004 under ISBN 9780131891838 and ISBN 0131891839.