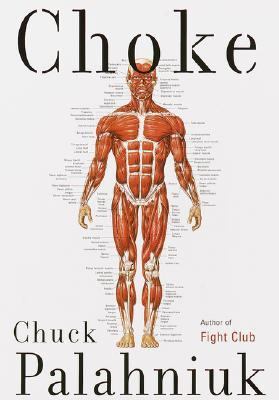 In the summer of 1642 in Plymouth, Massachusetts, a teenage boy was accused of buggering a mare, a cow, two goats, five sheep, two calves, and a turkey. This is real history on the books. In accordance with the Biblical laws of Leviticus, after the boy confessed he was forced to watch each animal being slaughtered. Then he was killed and his body heaped with the dead animals and buried in an unmarked pit. This was before there were sexaholic talk therapy meetings. This teenager, writing his fourth step must've been a whole barnyard tell-all. I ask, "Any questions?" The fourth-graders just look at me. A girl in the second row says, "What's buggering?" I say, ask your teacher. Every half hour, I'm supposed to teach another herd of fourth-graders some shit nobody wants to learn, like how to start a fire. How to carve an apple-head doll. How to make ink out of black walnuts. As if this is going to get any of them into a good college. Besides deforming the poor chickens, these fourth-graders, they all walk in here carrying some germ. It's no mystery why Denny's always wiping his nose and coughing. Head lice, pinworms, chlamydia, ringworm'for serious, these field trip kids are the pint-sized horsemen of the apocalypse. Instead of useful Pilgrim crap, I tell them how their playground game ring-around-a-rosy is based on the bubonic plague of 1665. The Black Death gave people hard, swollen, black spots they called "plague roses," or buboes, surrounded by a pale ring. Hence "bubonic." Infected people were locked inside their houses to die. In six months, a hundred thousand people were buried in the huge mass graves. The "pocket full of posies" was what people of London carried so they wouldn't smell the corpses. To build a fire, all you do is pile up some sticks and dry grass. You strike a spark with a flint. You work the bellows. Don't think for a second this fire-starting routine makes their little eyes sparkle. Nobody's impressed by a spark. Kids crouch in the front row, huddling over their little video games. Kids yawn right in your face. All of them giggle and pinch, rolling their eyes at me in my breeches and dirty shirt. Instead, I tell them how in 1672, the Black Plague hit Naples, Italy, killing some four hundred thousand people. In 1711, in the Holy Roman Empire, the Black Plague killed five hundred thousand people. In 1781, millions died worldwide from the flu. In 1792, another plague killed eight hundred thousand people in Egypt. In 1793, mosquitoes spread yellow fever to Philadelphia, where it killed thousands. One kid in the back whispers, "This is worse than the spinning wheel." Other kids open their box lunches and look inside their sandwiches. Outside the window, Denny's bent over in the stocks. This time just out of habit. The town council has announced he'll be banished right after lunch. The stocks are just where he feels most safe from himself. Nothing's locked or even closed, but he's bent over with his hands and neck where they've been for months. On their way here from the weaver's, one kid was poking a stick in Denny's nose and then trying to poke the stick in his mouth. Other kids rub his shaved head for luck. Starting the fire only kills about fifteen minutes, so after that I'm supposed to show each herd of kids the big cooking pots and twig brooms and bed warmers and shit. Children always look bigger in a room with a six-foot ceiling. A kid in the back says, "They gave us fucking egg salad again." Here in the eighteenth century, I'm sitting beside the hearth of the big open fireplace equipped with the regular torture chamber relics, the big iron pothooks, the pokers, andirons, branding irons. My big fire blazing. This is a perfect moment to take the iron pincers out of the coals and pretend to study their pPalahniuk, Chuck is the author of 'Choke' with ISBN 9780385501569 and ISBN 0385501560.