China's Son Growing Up in the Cultural Revolution 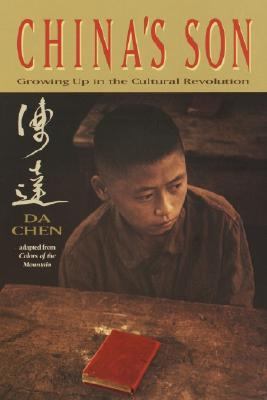 I was born in southern China in 1962, in the tiny town of Yellow Stone. They called it the Year of Great Starvation. Chairman Mao had had a parting of the ways with the Soviets, and now they wanted all their loans repaid or there would be blood, a lot of it. Mao panicked. He ordered his citizens to cut down on meals and be hungry heroes so he could repay the loans. The superstitious citizens of Yellow Stone still saw the starving ghosts of those who had died during that year chasing around and sobbing for food on the eve of the spring Tomb Sweeping Festival. That year also saw a forbidding drought that made fields throughout China crack like wax. For the first time, the folks of Yellow Stone saw the bottom of the Dong jing River. Rice plants turned yellow and withered young. Dad wanted to give me the name Han, which means "drought." But that would have been like naming a boy in Hiroshima Atom Bomb. And since the Chinese believe that their names dictate their fate, I would have probably ended up digging ditches, searching for water in some wasteland. So Dad named me Da, which means "prosperity." The unfortunate year of my birth left a permanent flaw in my character: I was always hungry. I yearned for food. I could talk, think, and dream about it forever. As an infant, I ate with a large, adult spoon. I would open wide while they shoveled in the porridge. My grandmother said she had never seen an easier baby to feed. Ours was a big family, and I was at the bottom. There were a great many people above me, with, at the top, my bald, long-bearded grandpa and my square-faced, large-boned grandma. Dad looked mostly like Grandma, but he had Grandpa's smiling eyes. Mom seemed very tiny next to my broad-chested dad. Sister Si was the eldest of my siblings, a big girl who took after Dad in personality and physique. jin, my brother, had Mom's elegant features; we still haven't figured out just who my middle sister, Ke, looks like. Huang, who is a year older than me, grew up to be a tall, thin girl, a beauty with enormous eyes. We lived in an old house that faced the only street in Yellow Stone. Our backyard led to the clear Dong Jing River, zigzagging like a dragon on land. The lush, odd-shaped Ching Mountain stood beyond the endless rice paddies like an ancient giant with a pointed hat, round shoulders, and head bent in gentle slumber. We rarely left our house to play because Mom said there were many bad people waiting to hurt us. When I did go out to buy food in the commune's grocery store a few blocks away, I always walked in the middle, safely flanked by my three sisters as we hurried in and out. Neighborhood boys sometimes threw stones at us, made ugly faces, and called us names. I always wondered why they did that. It was obviously not for fun. My sisters often cried as we ran and dodged and slammed our door shut behind us. From the Hardcover edition.Chen, Da is the author of 'China's Son Growing Up in the Cultural Revolution', published 2003 under ISBN 9780385730501 and ISBN 0385730500.