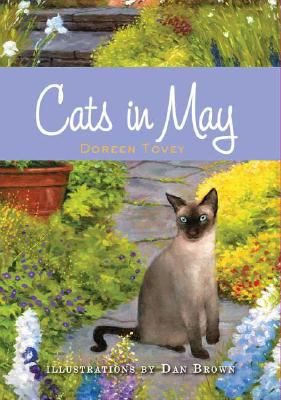 Chapter 1 It was stupid to write about those cats, of course. All it didlike getting their names in the Sunday paperswas make them worse than ever. In the old days when people stopped to talk to us over the cottage gate the cats usually disappeared immediately. Particularly if they thought anybody wanted to talk about them. Got a mouse to catch, Sheba would say, marching determinedly up the garden when people pleaded for a closer view of the dear little Blue Siamese. Going for a Walk, roared Solomon, beating it rapidly into the woods when somebody remarked what a big man he was and did he bite. Wasn't coming back Ever, he would add when people committed the unforgivable insult and askedas they often did, because he was so big and dark and Sheba so small and silverywhether he was her mother. Often after the visitors had gone I would go after him into the woods and there he'd be, sitting forlornly under a pine tree as only a Siamese canwondering, he said sadly as I heaved him over my shoulder and carried him back to the cottage, whether to go and live with the foxes or join the Foreign Legion. Fame changed all that. Any time anybody stopped to talk to us now, even if it was only the coal man asking whether he should come through the front gate or the back, within seconds they would materialise from nowhere: Sheba streaking down the path in a cloud of dust, skidding to a breathless halt on the wall to ask coyly whether they had read about her, Solomon swaying round the corner on long, languid legs to assure anybody who was interested that he had written it all himself. How that cat could do it I don't know. Every single sentence of that book had been writtenunless I locked him out of the house, when he sat on the garden wall gazing at passers-by with sad blue eyes and telling them that he was unwanted, or shut him in the garage where he sat and screamed blue murderto the accompaniment of Solomon leaping round the place like an overgrown grasshopper, saying the typewriter was bad for his nerves. I felt like a criminal every time I used it. Sometimes, indeed, seeing him stretched out on the rug with the firelight playing on his sleek cream stomach and his great black head pillowed blissfully on Sheba's small blue one, I would sneak upstairs and tap out a few lines in the spare room rather than disturb him. It was no use. Solomon, deaf as a post when he was in the woods and I, trying to get him in, was rushing up and down the lane yodelling 'Tollywollywolly' like something out of Autumn Crocus (it was the only call he would answer and the fact that it made people look at me rather oddly and back rapidly up the lane again was no doubt his idea of a huge Siamese joke)Solomon, when it came to typewriters, had ears like a hawk. One of our neighbours, long used to our cats peering nosily through her windows to see what she was doing and even, on occasion, marching in procession through her cottage from front to back, had an awful shock one day when she looked up from a spot of one-finger typing on her husband's portable to see Solomon on her windowsill leaping up and down like mad. She rang me at once in a panic. He'd gone nuts at last, she said. (There was no need to ask who, of course. The whole village had been anticipating it ever since he was born.) Would I come and fetch him, or should she call the Vet? She could hardly believe it when I told her it was just his reaction to a typewriter. In that case, she said, why didn't he go away? Why stand on her windowsill jumping round like a circus flea? Why indeed, except that it was typical of him. Creep silently to the spare room or the kitchen; even, as I did on occasions, slink out, typewriteTovey, Doreen is the author of 'Cats in May', published 2008 under ISBN 9780312376499 and ISBN 0312376499.