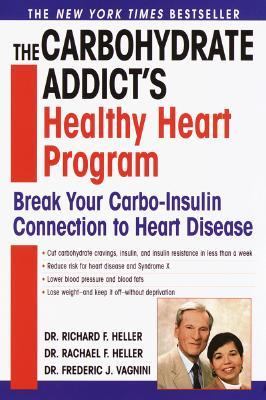 Introduction: A Newer and Kinder Medicine There was a time when we ate food simply because it tasted good and gave us pleasure. There was a time when we walked just for the enjoyment of it, and when we were done, we felt relaxed and happy. There was a time when we viewed our bodies as givers of pleasure and life, and we felt good and secure knowing that our bodies could be trusted and relied upon. There was a time when our doctors, and medical science in general, were held responsible for finding the source of our physical ailments, and it was expected, their job was to cure us as well. Now, it seems, a most amazing transformation has taken place. Food is viewed as medicine, chosen for its ability to ward off an impending state of ill health rather than for the pleasure or satisfaction it gives. We keep our bodies under strict surveillance, and act as if they harbor some untrustworthy beast waiting to attack us from within--one that requires a strong hand and a disciplinarian's watchful eye. Activity, now in the form of regimented exercise, has become arduous and demanding. Pleasure has been replaced by a self-righteous sense of sacrifice and society's confirmation that by giving up all things enjoyable, we offer proof of our goodness, dedication, and self-discipline. Each media message reinforces our sacred responsibility to fight, at all costs, the physical changes associated with growing older gracefully. In virtually every little action--or lack thereof--we live in judgment both of one another and of ourselves. In the end, in a frenzied quest for a longer life, we have lost some of the pleasure and joy that once filled our days and which made life worth living, too. Even in illness, there is no respite. The media carry the message that according to the evaluations and statistics of some faceless group of scientists, it is we who are responsible for our own health and for our ill health as well. Although the burden of our physical well-being can be linked in part and to some degree to our own actions and choices, in the extreme this kind of thinking frees the medical establishment of virtually all accountability. Logically, this kind of responsibility shifting makes us into the presumed-guilty perpetrators of crimes against ourselves. It is time to stop blaming the victim. All too often, we as patients are made to feel that we are to blame for getting sick in the first place. We get the message, especially in the area of heart health, that we were given a perfect body to begin with, and had we not abused it, it would not be giving us problems Our concerns go unaddressed, our needs unmet, and when we are unable to achieve ideal health, we are seen as "our own worst enemy," for in the end, we have moved into an age in which we are being told, "Patient, heal thyself." Nowhere is this struggle more intense than in the area of heart health, and for none is heart health more elusive and failure more prevalent than for those who suffer from the hormonal imbalance that leads to an addiction to carbohydrates. With cravings that virtually overpower them, the carbohydrate addicts have little chance of being successful with traditional weight-loss or health-enhancing eating programs. Their biology literally sets them up for failure, and instead of their intense cravings' being treated as evidence of the physical problem it is, these victims are blamed and shamed by friends, family, media; by the medical establishment at large; and even by themselves. It is time for a change--for a new and kinder medicine, one more like the medical treatment we received when many of us were kids, a type of medical care that offers help instead of blame, support instead of judgment, information rather than condemnation, understanding, empathy, and the facts and simple strategies that can be used by real people, in real life, to make a real difference in their heart healHeller, Richard F. is the author of 'Carbohydrate Addict's Healthy Heart Program Break Your Carbo-Insulin Connection to Heart Disease' with ISBN 9780345426123 and ISBN 0345426126.