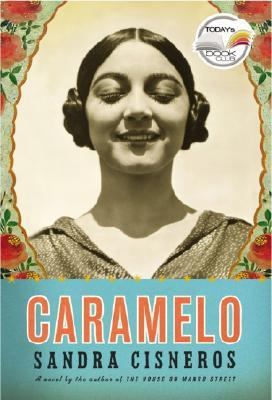 Sandra Cisneros, the award-winning author of the highly acclaimed The House on Mango Street and several other esteemed works, has produced a stunning new novel, Caramelo. This long-anticipated novel is an all-embracing epic of family history, Mexican history, the Mexican-American immigrant experience, and a young Mexican-American woman's road to adulthood. We hope the following questions, discussion topics, and author biography enhance your group's reading of this captivating and masterful literary work. Born the seventh child and only daughter to Zoila and Inocencio Reyes, Celaya Reyes spent her childhood traveling back and forth between her family's home in Chicago to her father's birth home in Mexico City, Mexico. Celaya's intimidating paternal grandmother, adored and revered by Celaya's father, dominates these visits, and Celaya dubs her the Awful Grandmother. Celaya's story begins one summer in Mexico when she was just a little girl, but soon her girlhood experiences segue back in timeto before Celaya was bornto her grandparents' history. Celaya traces the Awful Grandmother's lonely and unhappy childhood in a Mexico ravaged by the Mexican revolution of 1911, her meeting and ultimate union with Celaya's grandfather, Narciso Reyes (the Little Grandfather), and the birth of their first and favorite son, Celaya's father, Inocencio. Inocencio Reyes moves to the United States as a young man, and soon meets Zoila, a Mexican-American woman, with her own colorful mixed-Mexican parentage. Celaya develops the portrait of her parents' love-based, but volatile, marriage and the growth of their own Mexican-American family. After the Little Grandfather's death, the family moves the Awful Grandmother up to the United States with them, first to Chicago, then to San Antonio. Soon afterward, the Awful Grandmother dies, leaving her teenage granddaughter to struggle with her unresolved relationship with her late grandmother. Through her grandmother's history, Celaya discovers her own Mexican-American heritage, enabling her ultimately to carve out an identity of her own in the two countries she inhabits and that inhabit herMexico and America. As the family's self-appointed historian, or storyteller, Celaya's tale weaves Mexican social, political, and military history around intimate family secrets and the stormy and often mysterious relationships among multiple generations of family members. The marvelous, often riotous cast of characters that march through time and across the North American continent ranges from close family members to Mexican-American icons of popular culture that have random encounters with the Reyes family. (Remember Senor Wences with his painted talking hand (p. 224)? The spirited, likeable characters, while at times mythological in their characteristics, are always intensely human in their flaws and emotions. While each character can claim equal footing in the Reyes web of family and history, each holds a role of differing significance in Celaya's personal odyssey of connecting to her roots and carving her future.Cisneros, Sandra is the author of 'Caramelo ' with ISBN 9781400041503 and ISBN 1400041503.