Can't Buy Me Love The Beatles, Britain, and America 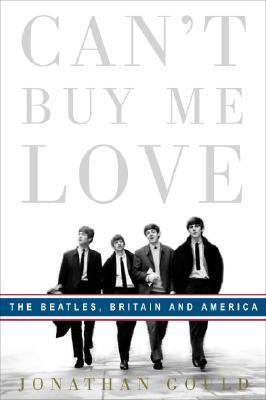 Chapter 1 Now, you've got to keep in mind that Elvis Presley was probably, innately, the most introverted person that came into that studio. Because he didn't play with bands. He didn't go to this little club and pick and grin. All he did was sit with his guitar on the side of his bed at home. Sam Phillips Well since my baby left me . . ." The voice, unaccompanied but for the tinny flourish of piano that anchors the end of each line, was somehow bigger and riper with feeling than any voice its young listeners had ever heard. "Well I found a new place to dwell . . ." It projected an authority and an insolence that reached beyond the words themselves, and it came from a place beyond the realm of "entertainment" as they had ever conceived of the term. Now joined by a doomstruck bass line, the sound of that voice seemed only to grow larger and more menacing, yet closer and more confiding as well, as if given the lurching slow-dance tempo of the musicthe singer's lips were pressed tight against the ear of the girl he now began to address, his words expressing a vengeful wish to make her feel the same way he was feeling in his room at the Heartbreak Hotel: "So lonely I could die." Though such things had been said for time immemorial in the lives of ordinary people; and though similar expressions of such dire emotion could be found in a growing number of avowedly realistic novels, plays, and films; and though something very much like it had been available for years on the sorts of records that most people never heard (including earlier, more obscure records by this same singer)the fact remained that no man had ever sounded this way, or spoken this way to a woman, in front of so many millions of listeners before. Elvis Presley was the catalyst, not the originator, of the phenomenon called rock 'n' roll. Three years before he made his first recordings, the term was being promoted by a Cleveland disc jockey named Alan Freed as a race-neutral pseudonym for the black rhythm and blues that Freed began beaming across a wide swath of the North American continent in 1951. In 1954, the year that Freed moved his radio show, "Moondog's Rock 'n' Roll Party," to New York City, a white band singer named Bill Haley (himself a former disc jockey) recorded a pair of songs on the Decca label, one a novelty tune with a snappy tick-tock rhythm called "Rock Around the Clock," the other a sanitized "cover" version of a current rhythm-and-blues hit by Joe Turner called "Shake, Rattle and Roll." "Rock Around the Clock" failed to catch on at first, but Haley's pallid rendition of "Shake, Rattle and Roll" became a hit record, rising into the Billboard Top Ten in the fall of 1954. The following year, "Rock Around the Clock" was featured on the soundtrack of a film called Blackboard Jungleone of a spate of Hollywood movies designed to exploit the rising tide of public anxiety about juvenile delinquency in America. Placed in a suitably inflammatory context, the song caught fire, reaching number one on the pop charts in the summer of 1955, turning the chubby, thirtyish, tartan-jacketed Haley into the world's first rock-'n'-roll star. In the meantime, legend has it, an eighteen-year-old delivery truck driver named Elvis Aron Presley sauntered into the storefront offices of Sam Phillips's Memphis Recording Service in the summer of 1953 to make an acetate of a song called "My Happiness" as a birthday present for his mom. (That Gladys Presley was born in the spring only burnishes the myth.) Sam Phillips, who operatedGould, Jonathan is the author of 'Can't Buy Me Love The Beatles, Britain, and America', published 2007 under ISBN 9780307353375 and ISBN 0307353370.