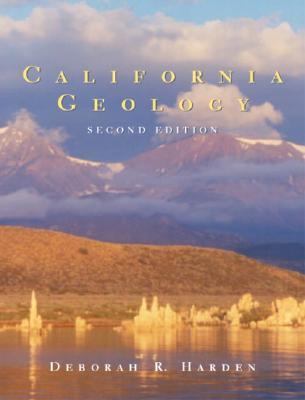 Almost 100 years ago, on April 18, 1906, Californians encountered one of the unwelcome consequences of living on an active tectonic plate boundary, when the 1906 earthquake destroyed many of northern California's communities. As we approach the centennial of the earthquake, we can appreciate our increased understanding of California geology and the greater preparedness for natural disaster that has come with that knowledge. Most Californians are aware that earthquakes, volcanic eruptions, floods, and landslides have geological causes, but they are less aware of the positive influences of plate tectonics on the state's history, economy, and quality of life. Resources such as gold, petroleum, and fertile soils are products of California's geologic history, as is the diverse and beautiful landscape of our state. The supply, distribution, and safety of water in California will continue to be a major force in the state's future, and they are partly controlled by geology. These are some of the reasons that students are attracted to beginning geology courses. Many of these students are not particularly interested in detailed information about rocks, formations, geologic models, or ages of materials. Many come to these courses without prior background in geology and without fluency in the complex vocabulary of geology and science in general. This book is intended to acquaint those students with the basic geologic history of California and to cover those topics that do interest non-geologists. I have included examples of natural disasters, aspects of California history that are tied to geology, geological resources, and discussions of the impact of geology on California society. These topics bring the relevance of geology to the daily context of California life. PURPOSE This book is intended for a semester-long course in California geology, but covering all of the chapters in detail during that time is not a realistic goal. Instructors are encouraged to cover the introductory and final chapters and to select the chapters from Part II that focus on their own location and interest. A college student, pre-college teacher, or interested citizen should be able to comprehend the material without having had a prerequisite course in geology. However, the content is also informative to geology majors, graduate students, and practicing geologists not intimately acquainted with California geology. Readers who complete this book should have a solid understanding of the following major concepts: Geology is a logical, non-intimidating, and enjoyable science. Geologists study geologic processes to better understand California's geologic history as it is preserved by rocks, sediments, and structures. Maps and cross sections are a fundamental tool of geology. Plate tectonics has been the dominant factor that shapes California's geology and landscape. California's natural resources and hazardous natural events result from our geologic and tectonic setting. Geologists work with government agencies to mitigate the impact of earthquakes, volcanic eruptions, floods, and landslides on California citizens, and to inform us about risks. California has many beautiful natural landscapes and geologic wonders that we can enjoy at hundreds of parks and preserves throughout the state. ORGANIZATION California Geologyis divided into three sections. The first four chapters are intended to introduce readers to the basic principles of geology. Because the basic concepts are illustrated with California examples, those with previous geology background will also benefit from the material in Part I. Part II, Chapters 5 through 17, covers the major features of California's provinces and important geologic processes that are not specific to a single province. For each province, I have selected the most important geologic features or events. Therefore, theseHarden, Deborah Reid is the author of 'California Geology', published 2003 under ISBN 9780131002180 and ISBN 013100218X.