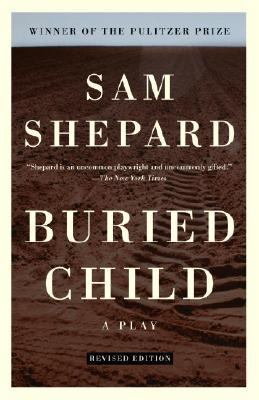 Buried Child, the revised edition, was produced on Broadway at the Brooks Atkinson Theatre by Frederick Zollo, Nicholas Paleologos, Jane Harmon, Nina Keneally, Gary Sinise, Edwin Schloss, and Liz Oliver on April 30, 1996. The production transferred from the premiere production at Steppenwolf Theatre Company (Martha Lavey, Artistic Director; Michael Gennaro, Managing Director) in Chicago, Illinois, which opened on October 1, 1995. It was directed by Gary Sinise; the set design was by Robert Brill; the costume design was by Allison Reeds; the lighting design was by Kevin Rigdon; the sound design was by Rob Milburn; and the production stage manager was Laura Koch. The cast was as follows: DODGE James Gammon HALIE Lois Smith TILDEN Terry Kinney BRADLEY Leo Burmester SHELLY Kellie Overbey VINCE Jim True FATHER DEWIS Jim Mohr Buried Child was produced at Theater for the New City, in New York City, on October 19, 1978. It was directed by Robert Woodruff. The cast was as follows: DODGE Richard Hamilton HALIE Jacqueline Brookes TILDEN Tom Noonan BRADLEY Jay O. Sanders SHELLY Mary McDonnell VINCE Christopher McCann FATHER DEWIS Bill Wiley Buried Child received its premiere at the Magic Theatre, in San Francisco, California, on June 27, 1978. It was directed by Robert Woodruff. The cast was as follows: DODGE Joseph Gistirak HALIE Catherine Willis TILDEN Dennis Ludlow BRADLEY William M. Carr SHELLY Betsy Scott VINCE Barry Lane FATHER DEWIS Rj Frank CHARACTERS DODGE in his seventies HALIE Dodge's wife; mid-sixties TILDEN their oldest son BRADLEY their next oldest son, an amputee VINCE Tilden's son SHELLY Vince's girlfriend FATHER DEWIS a Protestant minister Act One Scene: day. Old wooden staircase down left with pale, frayed carpet laid down on the steps. The stairs lead offstage left up into the wings with no landing. Up right is an old, dark green sofa with the stuffing coming out in spots. Stage right of the sofa is an upright lamp with a faded yellow shade and a small night table with several small bottles of pills on it. Down right of the sofa, with the screen facing the sofa, is a large, old-fashioned brown TV. A flickering blue light comes from the screen, but no image, no sound. In the dark, the light of the lamp and the TV slowly brighten in the black space. The space behind the sofa, upstage, is a large screened-in porch with a board floor. A solid interior door to stage right of the sofa leads from the porch to the outside. Beyond that are the shapes of dark elm trees. Gradually the form of dodge is made out, sitting on the couch, facing the TV, the blue light flickering on his face. He wears a well-worn T-shirt, suspenders, khaki work pants, and brown slippers. He's covered himself in an old brown blanket. He's very thin and sickly looking, in his late seventies. He just stares at the TV. More light fills the stage softly. The sound of light rain. dodge slowly tilts his head back and stares at the ceiling for a while, listening to the rain. He lowers his head again and stares at the TV. He starts to cough slowly and softly. The coughing gradually builds. He holds one hand to his mouth and tries to stifle it. The coughing gets louder, then suddenly stops when he hears the sound of his wife's voice coming from the top of the staircase. HALIE'S VOICE: Dodge? (DODGE just stares at the TV. Long pause. He stifles two short coughs.) Dodge! You want a pill, Dodge?Shepard, Sam is the author of 'Buried Child A Play', published 2006 under ISBN 9780307274977 and ISBN 0307274977.