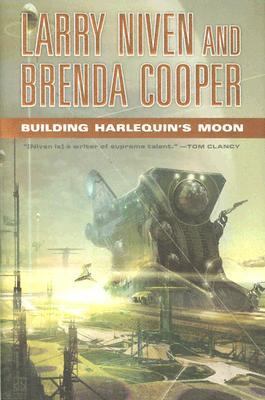 Chapter One: Teaching Grove Rachel reached for the seedling. Her long fingers found the pliant trunk, thin as her pinkie, buried inside the furled branches. She unwrapped gauzy material from the root ball with her free hand, separating the roots by spreading them down and out in the air. Bits of soil fell through her hands as she settled roots and tree onto a mound of nutrient-enriched dirt. Still steadying the gangly cecropia, she swept anchor soil to cover the roots, tamped it down, and then tied the trunk very loosely to a long thin stake. Rachel sat back on her heels and admired the little tree. A warm breeze rustled its leaves and the smell of damp dirt filled the air. A banana palm went in next, then a set of three heliconias near the path. Rachel's crate stood empty. The distant sun, Apollo, hung low in the sky, illuminating beads of sweat as she stretched. The other students had all finished more than twenty minutes ago. Rachel nodded to herself, checking to be sure the plot matched the picture in her head. Harry's plot was well designed, and cleaner since he had gone back and raked the soil after watering. But she could do that too. Water first. She sighed and got up to get a rake. "Nice job." Gabriel's voice behind her sounded flat, far away, even if the words approved. Rachel turned around and looked back at him. Gabriel stood an inch taller than Rachel, but wider and stronger, carefully dressed in brown pants that tied at the ankles, high boots, and a tight-fitting shirt that showed muscles. He looked serious, like he'd gotten lost in his head. She wrinkled her nose at him and smiled. He didn't smile back. He looked outward, higher than the horizon, fingering the bright metal and bead sculptures twisted into the long red-brown braid of his hair. Rachel ran her fingers through her own short red hair, wondering if such a long braid was heavy. And what was he looking at? Diamond patterns in a thousand shades of white and red: a gibbous world, huge and fully risen, brilliant across more than half its arc, sullen red where the sunlight didn't fall. Harlequin. A broad straight band ran blazing white across its face, and disappeared where Harlequin's shadow fell across it. A ring, Gabriel called it, but nothing ever showed but that thick white slash. What fascinated Gabriel about Harlequin and its ring? It was a feature of the sky, changeable, but not of great interest. Tiny fiery-looking storms on Harlequin might affect weather on Selene, Gabriel had said once, but (he admitted) not by much. A mystery. Council was always a mystery. Rachel knew Gabriel would wait there until she finished. Another mystery---Council always knew where they were---they could see everything on Selene. So he didn't have to stay. Maybe I shouldn't rake since I'm last, she thought. But the test is tomorrow! She watered and raked anyway, perversely determined to spend time with each tree as she finished for the evening. Perfect, it might please Gabriel. (He still hadn't moved.) She put the rake away and stood as near Gabriel as she dared, and looked up too. Harlequin rose as Apollo rode low in the sky and then disappeared. Softer illumination replaced the red-gold sunlight, tinged by the oranges and reds of the gas giant. The planet covered a huge portion of the sky. Rachel could cover Apollo, the distant sun, with the width of her thumb held half an arm's length in front of her. Harlequin took both palms to blot from view. The gas giant made its own dim red light, shed by the intense heat in its constantly churning surface. Apollo's reflection brightened Harlequin's inner light, and the combined glow bathed Selene's summer, making the night barely dusky. Selene'sNiven, Larry is the author of 'Building Harlequin's Moon' with ISBN 9780765312662 and ISBN 0765312662.