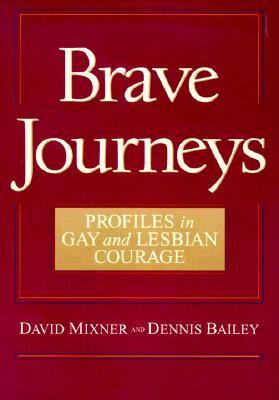 Del Martin & Phyllis Lyon Wanting More September 21, 1955, was, seemingly, just another ordinary Friday evening in San Francisco. A cooling fog was settling in, and the last stragglers from the day's work were filtering into their homes, grateful that the weekend was finally at hand. Many San Franciscans were sitting down to their small-screen Philco television sets, flipping through the few available channels, wishing that the new season of the number-one show, I Love Lucy, would begin. Others were stepping out to the movies to see the new MGM musical, Love Me Or Leave Me, starring Jimmy Cagney and Doris Day. Adolescents were reading about teen idol James Dean in the latest Photoplay magazine, a mere week and a half before he would meet his untimely end in an automobile crash. The minimum wage had just been raised to one dollar; the Salk polio vaccine had been approved; and a new amusement park called Disneyland had opened down in southern California. Although globally the Cold War may have raged and open-air testing of nuclear weapons may have been commonplace, the majority of Americans found the fifties settling into a calm and uncomplicated decade. And for most, that balmy autumn night was typically uneventful. However, it was anything but typical for eight brave women who had decided they had to change their lives, whatever the cost--even if it meant risking the loss of their jobs and the love of their families. They had come to the decision that they wanted something more than a life of shadows--something more than an existence of lies and loneliness. They must have been frightened as they made their way to the small, quaint house just off Fillmore Street in San Francisco's Western Addition; and it is amazing, given the stakes, that they all found the nerve to climb the steps and enter the warm, inviting home. These women, who were literally taking their lives and their livelihoods in their hands, were lesbians--outcasts of society--seeking strength in numbers. If the world would not accept them, they would make a world of their own. If only it could have been that simple. For gays and lesbians in the late 1940's and early 1950's, life in America was perilous. Senator Joseph McCarthy, notorious head of the Senate Permanent Investigating Subcommittee, labeled homosexuals in government as "enemies within," second only to Communists, and launched vitriolic witch-hunts to expose and expel them. In 1953, President Dwight D. Eisenhower signed a directive banning gays from all federal employment. Police commonly raided places where homosexuals gathered, to harass them, or to haul them off in paddy wagons to the police station, where they were booked, photographed, and fingerprinted. Newspapers would print the names of those arrested and the notoriety could lose them their jobs or even their families; some were driven to suicide. Children were often taken away from a homosexual mother or father and never allowed to see that parent again. Loving families forcibly committed their homosexual children to mental institutions, allowing doctors to perform lobotomies in order to "cure" them. Beatings and killings were not uncommon, as the law looked the other way or declared publicly that the victims had gotten what they deserved. Given the dangers, the wisest homosexuals hid deep in the closet, praying that they would not be found out. But that night, eight women in San Francisco were cracking open the closet door--just a little at first, but still enough to make history. The group that met inside the nondescript neighborhood home was diverse, ranging in age from young adulthood to midlife. Vivacious redhead Phyllis Lyon, thirty, and her assured, earth-mother lover, Del Martin, thirty-four, fell roughly in the middle. Two of the women were mothers; four were white-collar, four working-class; and among them were a Filipina and a Chicana. None of them were reMixner, David is the author of 'Brave Journeys: Profiles in Gay and Lesbian Courage' with ISBN 9780553106510 and ISBN 0553106511.