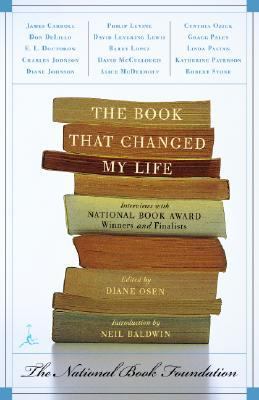 Chapter 1 James Carroll James Carroll, Winner of the 1996 National Book Award for his memoir An American Requiem: God, My Father, and the War That Came Between Us, was born in Chicago in 1943 and grew up outside Washington, D.C., where his father worked as an FBI agent. After joining the military, his father became a lieutenant general in the air force and director of the Defense Intelligence Agency. Carroll attended Georgetown University before entering St. Paul's College, the Paulist Fathers' seminary in Washington, D.C. After his ordination to the priesthood in 1969, he served as the Catholic Chaplain at Boston University for five years before leaving the priesthood and pursuing a career as a writer. In the years since, he has published nine novels, including Mortal Friends, Prince of Peace, and The City Below, and written a weekly op-ed column for The Boston Globe. In his most recent book, the critically acclaimed Constantine's Sword: The Church and the Jews, he chronicles the two-thousand-year-old battle of the Church against Judaism, while confronting the crisis of faith this tragedy has provoked in his own life. A Fellow of the American Academy of Arts and Sciences and a member of its Committee for International Security Studies, Carroll is a former chair and current member of the council of PEN/New England, as well as a Trustee of the Boston Public Library and a member of the Advisory Board of the International Center for Ethics, Justice, and Public Life at Brandeis University. He has held fellowships at the Kennedy School of Government at Harvard University and at Harvard Divinity School. He remains an Associate of Harvard's Belfer Center for Science and International Affairs, where he is at work on a history of the Pentagon. His tenth novel will be published in 2003. He lives in Boston with his wife, the novelist Alexandra Marshall, and their two grown children. Hailed by the judges of the 1996 National Book Awards as a "flawlessly executed" memoir, An American Requiem tells the story of James Carroll's transformation from a passive, politically conservative seminarian into an outspoken critic of the war in Vietnam and proponent of civil rights-a transformation that divides him from his father even as it brings him closer to God. An unforgettable account of a son's struggle to claim his own political and religious identity, An American Requiem reveals that, in the author's words, the "very act of storytelling, of arranging memory and invention according to the structure of narrative, is by definition holy. . . . Telling our stories is what saves us; the story is enough." Diane Osen: You write in An American Requiem that as a young seminarian you started composing poems and stories to help salve your soul. Why do you suppose you turned to writing, instead of something else, to find that relief and release? James Carroll: It was the accident, I suppose, of being in a setting in which reading and writing were at the heart of what I was doing, as opposed, for example, to being in the world of business, or the military, or some other career. I wasn't raised to be a book person, and to find myself in a world where I was expected to read seriously and write seriously in an academic setting, well, it was a first-time experience for me. Before entering the seminary, I had not encountered the life-changing potential of reading as a source of meaning, as a way of ordering one's inner life, and being rooted in the world. DO: What are some of the books that had, for you, that kind of life-changing potential? JC: I was very moved by The Confessions of Saint Augustine, which I was required to read. To my surprise, I identified with this great figure, as I recognized the details of his ordinary life in my own. The great self-accusation that Augustine brings to bear isn't of a crime; it isn't even what people often think it is, the sin of sexualOsen, Diane is the author of 'Book That Changed My Life Interviews With National Book Award Winners and Finalists', published 2002 under ISBN 9780679783510 and ISBN 0679783512.