Black Holes and Baby Universes and Other Essays 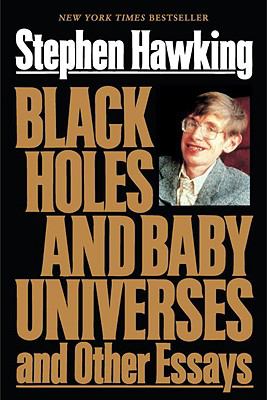 One Childhood* I WAS BORN ON January 8, 1942, exactly three hundred years after the death of Galileo. However, I estimate that about two hundred thousand other babies were also born that day. I don't know whether any of them were later interested in astronomy. I was born in Oxford, even though my parents were living in London. This was because Oxford was a good place to be born during World War II: The Germans had an agreement that they would not bomb Oxford and Cambridge, in return for the British not bombing Heidelberg and Gottingen. It is a pity that this civilized sort of arrangement couldn't have been extended to more cities. My father came from Yorkshire. His grandfather, my great-grandfather, had been a wealthy farmer. He had bought too many farms and had gone bankrupt in the agricultural depression at the beginning of this century. This left my father's parents badly off, but they managed to send him to Oxford, where he studied medicine. He then went into research in tropical medicine. He went out to East Africa in 1937. When the war began, he made an overland journey across Africa to get a ship back to England, where he volunteered for military service. He was told, however, that he was more valuable in medical research. My mother was born in Glasgow, Scotland, the second child of seven of a family doctor. The family moved south to Devon where she was twelve. Like my father's family, hers was not well off. Nevertheless, they managed to send my mother to Oxford. After Oxford, she had various jobs, including that of inspector of taxes, which she did not like. She gave that up to become a secretary. That was how she met my father in the early years of the war. We lived in Highgate, north London. My sister Mary was born eighteen months after me. I'm told I did not welcome her arrival. All through our childhood there was a certain tension between us, fed by the narrow difference in our ages. In our adult life, however, this tension has disappeared, as we have gone different ways. She became a doctor, which pleased my father. My younger sister, Philippa, was born when I was nearly five and was able to understand what was happening. I can remember looking forward to her arrival so that there would be three of us to play games. She was a very intense and perceptive child. I always respected her judgment and opinions. My brother Edward came much later, when I was fourteen, so he hardly entered my childhood at all. He was very different from the other three children, being completely nonacademic and nonintellectual. It was probably good for us. He was a rather difficult child, but one couldn't help liking him. My earliest memory is of standing in the nursery of Byron House in Highgate and crying my head off. All around me, children were playing with what seemed like wonderful toys. I wanted to join in, but I was only two and a half, and this was the first time I had been left with people I didn't know. I think my parents were rather surprised at my reaction, because I was their first child and they had been following child development textbooks that said that children ought to start making social relationships at two. But they took me away after that awful morning and didn't send me back to Byron House for another year and a half. At that time, during and just after the war, Highgate was an area in which a number of scientific and academic people lived. In another country they would have been called intellectuals, but the English have never admitted to having any intellectuals. All these parents sent their children to Byron House school, which was a very progressive school for those times. I remember complaining to my parents that they weren't teaching me anything. They didn't believe in what was then the accepted way of dHawking, Stephen W. is the author of 'Black Holes and Baby Universes and Other Essays' with ISBN 9780553374117 and ISBN 0553374117.