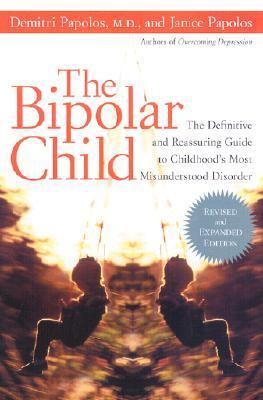 Voices from the Front In 1992 Tomie Burke, a young mother in Pullman, Washington, developed a listserv (called BPParents) for parents of children with bipolar disorder. She was motivated to do so because when her six-year-old son first began experiencing the baffling and frightening symptoms of the illness, she searched community and university libraries, bookstores, databases, and Internet pages in her desperate desire to become educated about the illness and to help her child. She found little to check out, purchase, or download. But eventually she did become extremely knowledgeable about the illness, and she wanted to reach out to other families--to provide information and assure them that they were not alone. She soon had an address on the World Wide Web called Parents of Bipolar Children. The site consisted of a home page, links to information about the disorder, and a guest book where parents could describe how they found the site, note whether they had a boy or girl with a diagnosis of bipolar disorder, and comment a bit about their situations. The messages left by parents who visited convey a desperate need for information and sheer relief when they discover that they are not alone-that the illness is not uncommon and that it isn't caused by bad parenting. That first year thousands of parents came to the site seeking help for their children. What is early-onset bipolar disorder, and why is it such a little-known illness? Most people have never heard of the expression, but it is actually psychiatry's phrase for manic-depression that occurs early--very early--in life. (Adults who used to be diagnosed manic-depressive are now also referred to as having bipolar disorder.) Bipolar disorder in children is a neglected public health problem. It is estimated that one-third of all the children in this country who are being diagnosed with attention-deficit disorder with hyperactivity are actually suffering from early symptoms of bipolar disorder. Since close to 4 million children were prescribed stimulants such as Ritalin in 1998, that's over 1 million children who eventually will be diagnosed as bipolar. According to the American Academy of Child and Adolescent Psychiatry, a third of the 3.4 million children who first seem to be suffering with depression will go on to manifest the bipolar form of a mood disorder. Researchers in the field of early-onset bipolar disorder peg that figure closer to 50 percent. Amid all the dry statistics stand several million suffering children as well as their mothers, fathers, brothers, sisters, and grandparents. This illness is as old as humankind, and has probably been conserved in the human genome because it confers great energy and originality of thought. People who have had it have literally changed the course of human history: Manic-depression has afflicted (and probably fueled the brilliance of) people like Isaac Newton, Abraham Lincoln, Winston Churchill, Theodore Roosevelt, Johann Goethe, Honore de Balzac, George Frederic Handel, Ludwig von Beethoven, Robert Schumann, Leo Tolstoy, Charles Dickens, Virginia Woolf, Ernest Hemingway, Robert Lowell, and Anne Sexton. But until recently, manic-depression was thought to affect people in their early twenties or older. It was not viewed as an illness that could occur among children. This has proven to be myth. The temperamental features and behaviors of bipolar disorder can begin to emerge very early on--even in infancy. But because a vast majority of bipolar children also meet criteria for ADHD (and the focus of drug treatment strategies becomes the symptoms of ADHD), the bipolar illness is typically overlooked. As a result, drugs are prescribed to deal only with the symptoms of hyperactivity and distractibility. And, since many, many children initially develop depressive symptoms as the earliest manifestation of the illness, bipolar disorder may again be discounted as the prPapolos, Demitri is the author of 'Bipolar Child The Definitive and Reassuring Guide to Childhood's Most Misunderstood Disorder' with ISBN 9780767912853 and ISBN 0767912853.