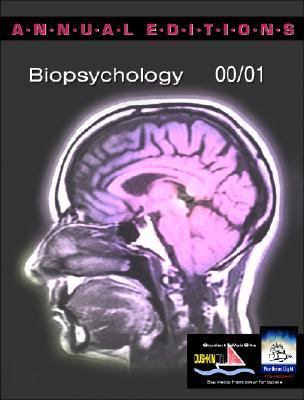 UNIT 1. Methods in Biopsychology 1. New Imaging Methods Provide a Better View into the Brain , Marcia Barinaga, Science , June 27, 1997. The science of brain imaging is getting more sophisticated so that specific regions of brain activity can be detected almost instantaneously after the stimulus is given. More sensitive functional magnetic resonance imaging (fMRI) machines and other novel approaches, such as near-infrared light imaging (EROS), are currently being developed. 2. How Penn Won 'the Tropane War'' , Faye Flam, Philadelphia Inquirer , April 14, 1998. There are times in the history of science when risks are taken by scientists in the pursuit of knowledge. A scientist in the University of Pennsylvania injected himself with a promising chemical known as tropane, a radioactive form of cocaine. Tropane binds with dopamine transporters, and is being developed to assess dopamine levels in the brain. 3. Using Magnets on Corners of the Mind , Holcomb B. Noble, New York Times , January 5, 1999. An innovative technique to isolate specific sections of the human brain was developed by a team of neurosurgeons using superconducting magnets, which guide a catheter into the target area very precisely. A surgical tool can then be inserted inside the catheter to remove the tissue. 4. Rewiring the Brain , William J. Holstein, U.S. News & World Report , March 1, 1999. Certain neurological diseases rely on traditional drug medication for relief of symptoms. An innovative technique used an electrode that was implanted into a specific area of the brain of a Parkinson''s disease patient. It produced a dramatic reduction of tremors. UNIT 2. The Neuron and Regions of the Brain 5. The Brain''s Immune System , Wolfgang J. Streit and Carol A. Kincaid-Colton, Scientific American , November 1995. Since the brain may be inaccessible to immune cells in the blood, it is believed to lack an immune defense mechanism. However, recent studies show that microglia may serve as its immune system. 6. Structures in Motion Seen at Synapses , Carl T. Hall, San Francisco Chronicle , January 5, 1999. Neurons make connections with other neurons via a complex known as the synapse. The dendrites of the receiving neuron possess a unique structure called dendritic spines, and modern video imaging techniques demonstrate that these spines are not rigid structures at all. 7. The Sorcerer''s Apprentice , Jonathan Leonard, Harvard Magazine , May/June 1999. The cerebellum revisited! It has been thought that the cerebellum''s major, if not sole, function is the regulation of fine, highly coordinated movement. Recent studies reveal that this highly evolved structure is significantly involved in the regulation of sophisticated cognitive functions as well as of emotions. 8. Integration of Information between the Cerebral Hemispheres , Marie T. Banich, Current Directions in Psychological Science , February 1998. The right and left cerebral hemispheres are physically connected by a bundle of brain tissue called the corpus callosum. How the two hemispheres integrate their functions and what cognitive functions are affected by this integration are discussed in this report. UNIT 3. Neural Development and Plasticity 9. New Nerve Cells for the Adult Brain , Gerd Kempermann and Fred H. Gage, Scientific American , May 1999. Classic dogma in neuroscience is that neurons do not divide in the adult mammalian brain. Some very exciting discoveries during the last few years are challenging such dogma. 10. Experiment on Mice Offers Hope for Tissue Repair in Humans , Nicholas Wade, New York Times , January 22, 1999. An amazing discovery was reported that showed the development of neuronal stem cells into mature blood cells. As presented in this essay, this finding is significant in several ways. 11. The Importance of a Well-Groomed Child , Robert M. Sapolsky, Science , September 12, 1997. Studies in rats show that both neonatal grooming by mother rats or handling by humans have significant consequences on cognitive abilities of pups. The mechanism works by way of glucocorticoid hormone release and sensitivity to negative feedback as a result of handling. 12. Maternal Emotions May Influence Fetal Behaviors , Beth Azar, APA Monitor , December 1997. Prenatal exposure of the human fetus to chemical substances such as alcohol and nicotine has been shown to affect physical as well as cognitive development of the fetus. Beth Azar describes how the mother''s emotions or condition of stress could also affect the physiological state of the fetus as well as his or her postnatal behavior. 13. Neural Plasticity and Human Development , Charles A. Nelson, Current Directions in Psychological Science , April 1999. Is human development determined by nature or nurture? The interaction between what our genes have determined by way of genetic expressions and the effects of environment appears to be a two-way street. Negative as well as positive consequences of experience upon development are cited. UNIT 4. Sensation and Perception 14. The Smell of Love , F. Bryant Furlow, Psychology Today , March/April 1996. The sense of smell is critical in the survival of most animal species. Odorants, particularly pheromones, stimulate olfactory neural pathways that affect behavior. Studies on pheromonal communication in humans suggest the effects of pheromones on human emotions and social interactions. 15. Restoring Hearing , Bruce S. McEwen, Lorne M. Mendell, and Pasko Rakic, Brain Briefings, Neuroscience Newsletter , May 1997. Some disorders of hearing are due to serious damage to auditory cells in the inner ear. Since these cells are believed not to regenerate, the deafness could be permanent. An innovative approach of implanting an electronic device called a cochlear implant has proven to be quite effective and safe in a case studied. 16. If Things Taste Bad, 'Phantoms'' May Be at Work , Erica Goode, New York Times , April 13, 1999. We have heard about the "phantom limb" phenomenon, in which an amputee could still feel pain in the lost body part. Some people complain about "phantom smell" or "phantom tastes," in which perception occurs even in the absense of the stimuli. 17. When People See a Sound and Hear a Color , Erica Goode, New York Times , February 23, 1999. Synesthesia is a phenomenon whereJubilan, Boyce is the author of 'Biopsychology 2000-2001', published 1999 under ISBN 9780072363937 and ISBN 0072363932.