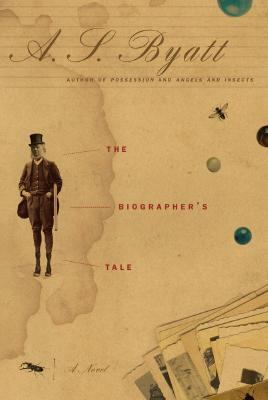 I made my decision, abruptly, in the middle of one of Gareth Butcher's famous theoretical seminars. He was quoting Empedocles, in his plangent, airy voice. "Here sprang up many faces without necks, arms wandered without shoulders, unattached, and eyes strayed alone, in need of foreheads." He frequently quoted Empedocles, usually this passage. We were discussing, not for the first time, Lacan's theory of morcellement, the dismemberment of the imagined body. There were twelve postgraduates, including myself, and Professor Ormerod Goode. It was a sunny day and the windows were very dirty. I was looking at the windows, and I thought, I'm not going to go on with this anymore. Just like that. It was May 8th 1994. I know that, because my mother had been buried the week before, and I'd missed the seminar on Frankenstein. I don't think my mother's death had anything to do with my decision, though as I set it down, I see it might be construed that way. It's odd that I can't remember what text we were supposed to be studying on that last day. We'd been doing a lot of not-too-long texts written by women. And also quite a lot of Freudwe'd deconstructed the Wolf Man, and Dora. The fact that I can't remember, though a little humiliating, is symptomatic of the "reasons" for my abrupt decision. All the seminars, in fact, had a fatal family likeness. They were repetitive in the extreme. We found the same clefts and crevices, transgressions and disintegrations, lures and deceptions beneath, no matter what surface we were scrying. I thought, next we will go on to the phantasmagoria of Bosch, and, in his incantatory way, Butcher obliged. I went on looking at the filthy window above his head, and I thought, I must have things. I know a dirty window is an ancient, well-worn trope for intellectual dissatisfaction and scholarly blindness. The thing is, that the thing was also there. A real, very dirty window, shutting out the sun. A thing. I was sitting next to Ormerod Goode. Ormerod Goode and Gareth Butcher were joint Heads of Department that year, and Goode, for reasons never made explicit, made it his business to be present at Butcher's seminars. This attention was not reciprocated, possibly because Goode was an Anglo-Saxon and Ancient Norse expert, specialising in place-names. Gareth Butcher did not like dead languages, and was not proficient in living ones. He read his Foucault and Lacan in translation, like his Heraclitus and his Empedocles. Ormerod Goode contributed little to the seminars, beyond corrections of factual inaccuracies, which he noticed even when he appeared to be asleep. No one cared much for these interventions. Inaccuracies can be subsumed as an inevitable part of postmodern uncertainty, or play, one or the other or both. I liked sitting next to Goodemost of the other students didn'tbecause he made inscrutable notes in ancient runes. Also he drew elaborate patterns of carved, interlaced plants and creaturesCeltic, Viking, I didn't knowoccasionally improper or obscene, always intricate. I liked the runes because I have always liked codes and secret languages, and more simply, because I grew up on Tolkien. I suppose, if the truth were told, I should have to confess that I ended up as a postgraduate student of literature because of an infantile obsession with Gandalf's Middle Earth. I did like poetry too, and I didin self-defencealways know Tolkien's poems weren't the real thing. I remember discovering T. S. Eliot. And then Donne and Marvell. Long ago and far away. I don't know, to this day, if Ormerod Goode loved or despised Tolkien. Tolkien's people are sexless and Goode's precisely shadowed graffiti were anything but. Plaisir, consommation, jouissance. Glee. He wasno doubt still isa monumentally larger man. He has aByatt, A. S. is the author of 'Biographer's Tale' with ISBN 9780375411144 and ISBN 0375411143.