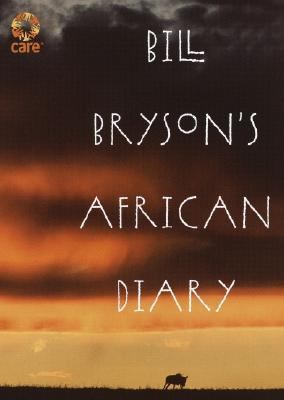 In the late 1940s and early 1950s after he became a little too saggy to fit into a Tarzan loincloth without depressing popcorn sales among cinema audiences, the great Johnny Weissmuller filled the twilight years of his acting career with a series of low-budget adventure movies with titles like Devil Goddess and Jungle Moon Men, all built around a character called Jungle Jim. These modest epics are largely forgotten now, which is a pity because they were possibly the most cherishably terrible movies ever made. The plots seldom got anywhere near coherence. My own favorite, called Pygmy Island, involved a lost tribe of white midgets and a strange but valiant fight against the spread of Communism. But the narrative possibilities were practically infinite since each Jungle Jim feature consisted in large measure of scenes taken from other, wholly unrelated adventure movies. Whatever footage was available--train crashes, volcanic eruptions, rhino charges, panic scenes involving large crowds of Japanese--would be snipped from the original and woven into Jungle Jim's wondrously accommodating story lines. From time to time, the ever-more-fleshy Weissmuller would appear on the scene to wrestle the life out of a curiously rigid and unresisting crocodile or chase some cannibals into the woods, but these intrusions were generally brief and seldom entirely explained. I wouldn't be at all surprised to learn that no more than four people at a time ever paid money to watch a Jungle Jim movie. The series might well have escaped my own attention except that in about 1959 WOI-TV, a television station well known in central Iowa for its tireless commitment to mediocrity, acquired the complete Jungle Jim oeuvre and for the next dozen or so years showed two of them back to back late every Friday night. What is especially tragic about all this is that I not only watched these movies with unaccountable devotion, but was indelibly influenced by them. In fact, were it not for some scattered viewings of the 1952 classic Bwana Devil and a trip on the Jungle Safari ride at Disneyland in 1961, my knowledge of African life, I regret to say, would be entirely dependent on Jungle Jim movies. I can't say it actively preyed on me that my impressions of Africa were based so heavily on a series of B-movies made in California more than half a century ago, but when a personable young man named Dan McLean from the London office of CARE International, the venerable and worthy charity, asked me if I would be willing to go to Kenya to visit some of their projects and write a few words on their behalf, it occurred to me that there were some gaps in my familiarity with the Dark Continent that I might usefully fill in. So I agreed. Some weeks later, I was summoned to CARE's London offices for a meeting with Dan, his boss Will Day and a rugged and amiable fellow named Nick Southern, CARE's regional manager for Kenya, who happened to be in London at the time. We sat around a big table spread with maps of Kenya, while they outlined what they had in mind for me. "Of course, you'll have to fly to the refugee camp at Dadaab," Will observed thoughtfully at one point. He glanced at me. "To avoid the bandits," he explained. Dan and Nick nodded gravely. "I beg your pardon?" I said, taking a sudden interest. "It's bandit country all round there," Will said. "Where?" I asked, peering at the map for the first time. "Oh, just there," Will said, waving a hand vaguely across most of east Africa. "But you'll be fine in a plane." "They only rarely shoot at planes," Nick explained. This wasn't at all what I had had in mind, frankly. By way of homework, I had dutifully watched Out of Africa, from which I derived the impression that this trip would mostly take place on a verandah somewhere while turbaned servants brought me lots of coBryson, Bill is the author of 'Bill Bryson's African Diary', published 2002 under ISBN 9780767915069 and ISBN 0767915062.