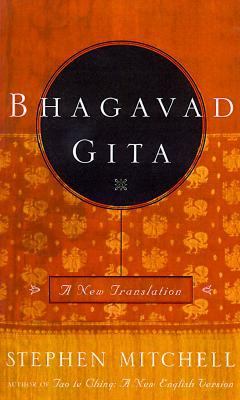 ARJUNA'S DESPAIR King Dhritarashtra said: In the field of righteousness, the field of Kuru, tell me, Sanjaya, what happened when my army and the Pandavas faced each other, eager for battle? The poet Sanjaya said: Seeing the ranks of the Pandavas' forces, Prince Duryodhana approached his teacher, Drona, and spoke these words: "Look at this great army, led by the son of Drupada, your worthy pupil. Many great warriors stand ready to do battle, many great archers, men as formidable as Bhima and Arjuna: Yuyudhana, Virata, the mighty Drupada, Dhrishtaketu, Chekitana, the heroic king of Benares, Purujit, Kuntibhoja, Shaibya that bull among men, bold Yudhamanyu, Uttamaujas famous for his courage, the son of Subhadra, and the sons of Draupadi, all of them great warriors. Now, most honored of priests, look at the great men on our side, the leaders of my army: you, first of all, then Bhishma, Karna, the always-victorious Kripa, Ashvatthama, Vikarna, the son of Somadatta, and many other heroes--all of them skilled in war and armed with many kinds of weapons--who are risking their lives for my sake. Limitless is this army of ours, led by Bhishma; but their army, led by Bhima, is limited. Wherever the battle moves, all of you must stand firm and make sure that Bhishma is well protected." Then Bhishma, the aged grandfather of the Kurus, roared his lion's roar and blew a powerful blast on his conch horn, and Duryodhana's heart leapt with joy. Immediately all the conches blared, and the kettledrums, cymbals, trumpets, and drums: a deafening clamor. Standing in their great chariot yoked with white horses, Krishna and Arjuna blew their celestial conches: Krishna blew the conch called "Won from the Demon Panchajanya"; Arjuna blew "God Given"; ferocious, wolf-bellied Bhima blew the mighty conch called "King Paundra"; Prince Yudhishthira blew "Unending Victory"; Nakula and his twin, Sahadeva, blew "Great Noise" and "Jewel Bracelet"; the king of Benares that superb archer, the great warrior Shikhandi, Dhrishtadyumna, Virata, the unconquerable Satyaki, Drupada, Draupadi's sons, the huge-armed Abhimanyu--all of them, O King, blew their conches at once. The uproar tore through the hearts of Dhritarashtra's men and echoed throughout heaven and earth. Then Arjuna, looking at the battle ranks of Dhritarashtra's men, raised his bow as the weapons were about to clash, and said to Krishna, "Drive my chariot and stop between the two armies, so that I can see these warriors whom I am about to fight, drawn up and eager for battle. I want to look at the men gathered here ready to do battle service for Dhritarashtra's evil-minded son." After Arjuna had spoken, Krishna drove the splendid chariot and brought it to a halt midway between the two armies. Facing Bhishma, Drona, and the other great kings, he said: "Look, Arjuna. From here you can see all the Kurus who are gathered to do battle." Arjuna saw them standing there: fathers, grandfathers, teachers, uncles, brothers, sons, grandsons, fathers-in-law, and friends, kinsmen on both sides, each side arrayed against the other. In despair, overwhelmed with pity, he said: "As I see my own kinsmen, gathered here, eager to fight, my legs weaken, my mouth dries, my body trembles, my hair stands on end, my skin burns, the bow Gandiva drops from my hand, I am beside myself, my mind reels. I see evil omens, Krishna; no good can come from killing my own kinsmen in battle. I have no desire for victory or for the pleasures of kingship. What good is kingship, or happiness, or life itself, when those for whose sake we desire them--teachers, fathers, sons, grandfathers, uncles, fathers-in-law, grandsons, brothers-in-law, and other kinsmen--stand here in battle ranks, ready to give up their fortunes and their lives? Though they want to kill me, I have no desire to kill them,Mitchell, Stephen is the author of 'Bhagavad Gita:new Translation' with ISBN 9780609605509 and ISBN 060960550X.