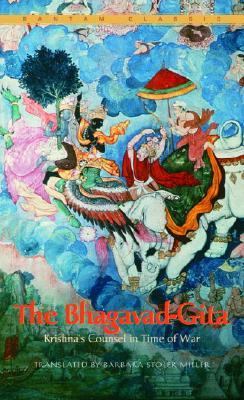 THE FIRST TEACHING ARJUNA'S DEJECTION Dhritarashtra Sanjaya, tell me what my sons and the sons of Pandu did when they met, wanting to battle on the field of Kuru, on the field of sacred duty? 1 Sanjaya Your son Duryodhana, the king, seeing the Pandava forces arrayed, approached his teacher Drona and spoke in command. 2 "My teacher, see the great Pandava army arrayed by Drupada's son, your pupil, intent on revenge. 3 Here are heroes, mighty archers equal to Bhima and Arjuna in warfare, Yuyudhana, Virata, and Drupada, your sworn foe on his great chariot. 4 Here too are Dhrishtaketu, Cekitana, and the brave king of Benares; Purujit, Kuntibhoja, and the manly king of the Shibis. 5 Yudhamanyu is bold, and Uttamaujas is brave; the sons of Subhadra and Draupadi all command great chariots. 6 Now, honored priest, mark the superb men on our side as I tell you the names of my army's leaders. 7 They are you and Bhishma, Karna and Kripa, a victor in battles, your own son Ashvatthama, Vikarna, and the son of Somadatta. 8 Many other heroes also risk their lives for my sake, bearing varied weapons and skilled in the ways of war. 9 Guarded by Bhishma, the strength of our army is without limit; but the strength of their army, guarded by Bhima, is limited. 10 In all the movements of battle, you and your men, stationed according to plan, must guard Bhishma well!" 11 Bhishma, fiery elder of the Kurus, roared his lion's roar and blew his conch horn, exciting Duryodhana's delight. 12 Conches and kettledrums, cymbals, tabors, and trumpets were sounded at once and the din of tumult arose. 13 Standing on their great chariot yoked with white stallions, Krishna and Arjuna, Pandu's son, sounded their divine conches. 14 Krishna blew Pancajanya, won from a demon; Arjuna blew Devadatta, a gift of the gods; fierce wolf-bellied Bhima blew Paundra, his great conch of the east. 15 Yudhishthira, Kunti's son, the king, blew Anantavijaya, conch of boundless victory; his twin brothers Nakula and Sahadeva blew conches resonant and jewel toned. 16 The king of Benares, a superb archer, and Shikhandin on his great chariot, Drishtadyumna, Virata, and indomitable Satyaki, all blew their conches. 17 Drupada, with his five grandsons, and Subhadra's strong-armed son, each in his turn blew their conches, O King. 18 The noise tore the hearts of Dhritarashtra's sons, and tumult echoed through heaven and earth. 19 Arjuna, his war flag a rampant monkey, saw Dhritarashtra's sons assembled as weapons were ready to clash, and he lifted his bow. 20 He told his charioteer: "Krishna, halt my chariot between the armies! 21 Far enough for me to see these men who lust for war, ready to fight with me in the strain of battle. 22 I see men gathered here, eager to fight, bent on serving the folly of Dhritarashtra's son." 23 When Arjuna had spoken, Krishna halted their splendid chariot between the armies. 24 Facing Bhishma and Drona and all the great kings, he said, "Arjuna, see the Kuru men assembled here!" 25 Arjuna saw them standing there:Miller, Barbara S. is the author of 'Bhagavad-Gita Krishnas's Counsel in Time of War', published 1986 under ISBN 9780553213652 and ISBN 0553213652.