Beats, Rhymes, and Life What We Love and Hate About Hip-hop 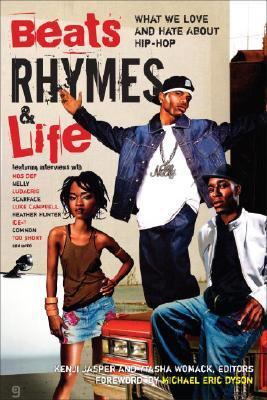 NELLY The Interview 2002 A St. Louisborn rapper whose sing-along hooks etched his name in the annals of pop rap fame, Nelly carved room for midwestern hip-hop on the airwaves. Known for his drawl and lighthearted raps, Nelly steadily dominated in early 2000, shocking an industry that saw profitable hiphop as purely coastal. He even risked all cool points by doing a countryandwestern duet with Tim McGraw, and still came out on top. With four albums in nearly the same number of years, he is the spokesperson for hiphop as is. The biggest change [that comes with success] is how people perceive you, 'cause you still do the same things you've been doing, but obviously your life is gonna be different. Your life changes from grade school to middle school, from middle school to high school. It's [especially] different for me 'cause I moved around a lot, and in moving around so much the only person that moves around with you is your damn self. I switched like eight schools, so it was like every school I went to I was the only one. Every new household I went to stay in, no matter which side of the family or friends, I was the only one. [So all I know how to do is] treat people how I wanna be treated. But a lot of people already got you picked when they see you. People are like, "This nigga sold 8.9 million albums, he gotta be a dickhead," just flat out. Then after they meet a motherfucker they be like, "Oh word, you straight." But you can't please everybody. That's the hardest thing to do. Just to let everybody know you can't please everybody. If it's ten autographs out there I sign eight. Two people are gonna say, "Nelly's a dickhead" or he's bigheaded or something. Or if it's thirty girls out there and I give twentyeight of 'em hugs, the other two are pissed. You can't please everybody. You just gotta do what you gotta do. If I'm late for somewhere because of time, that's my fault. If I'm signing autographs for two hours and I was supposed to be at MTV an hour ago, that's my fault. Sometimes you get in predicaments where you can't win, and that's those times where you gotta make judgments for yourself, and I think that's the hardest part about it. The Grammy nominations, the Super Bowl, that shit there was bananas. Just my whole career, because I think when you get into it, you just wanna sell records. You just wanna be able to make another record. A lot of people don't get a chance to make a second record, especially with some new and different shit. Just be able to do another record. That's all we really wanted. But to be able to knock it out and sell so many and have so many people really appreciate what you're doing... Everything has been a big moment for us: getting covers of magazines, having your moms flip out because she saw you on the cover of Ebony. Just anything. Just to see their faces, 'cause St. Louis is small but it's a big city, so everybody knows everybody. [So people are] like, "Damn, that's little Nell from down the way. This nigga is on the cover of every magazine." It's a beautiful thing, man. [When it comes to my music] I don't wanna remind people that they're having a hard time right now, but I do feel there's a need to touch on that. So I do have songs that touch on it. But for the most part I wanna keep you vibrant. I wanna keep you upbeat like, "Yeah, I wanna have a good time tonight. Let's go call some girls. Let's go kick it. Pop that Nelly in and let's get it cracking.Jasper, Kenji is the author of 'Beats, Rhymes, and Life What We Love and Hate About Hip-hop', published 2007 under ISBN 9780767919777 and ISBN 0767919777.