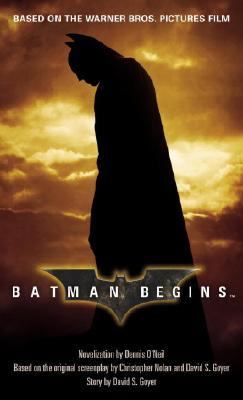 From the Journals of Ra's al Ghul I remain committed to my goal of saving humanity from itself, but my latest efforts are meeting with mixed results. The Austrian madman is intoxicated with his successes in North Africa and thus he agreed with our suggestion that he invade Russia. It will be folly, and he will fail as the Frenchman before him failed. The war will end soon. Not this year, certainly, nor the next, but soon, and when it does, Hitler will suffer defeat. Once, I thought he would be a useful tool. I was mistaken. His hatred is too narrow and narcissistic to accommodate a large vision. In the meantime, we have managed to divert the energies of his munitions scientists into fruitless efforts. They will not succeed in making a nuclear bomb in the foreseeable future. In America, by way of contrast, our men in New Mexico report that progress on the Americans' atomic weaponry goes well. I will be interested to see against which enemy the Allies will deploy it. After the end of hostilities I will initiate a new kind of attack. I will use economics as a weapon and attempt to debilitate the despoilers with their own favorite instrument. That is in the future. For the next several years we will remain in Switzerland. The Austrian is not likely to violate this nation's neutrality, which means my retinue and I will remain in these mountains for the duration. We are undisturbed here and the place pleases me. It is clean and pure and when I breathe the chill, bracing air I am reminded of what a paradise the earth once was and will be again, and I am prompted to redouble my efforts. Last night, the woman who is my current consort gave birth to a female. I am a methodical man and I keep records. Thus, I know that I have now sired four hundred and fourteen children, all of them except two, female. The two who were male, Hector and Claudius, both died before their first birthdays. It is a source of the greatest vexation to me that I have been unable to produce a healthy male child. I am a man of rationality and science. I do not believe in curses. But at times I think I am cursed. I must have a son. Later, Bruce would come to understand the power of myth: how those ancient stories could deepen and amplifyand distort and falsifyhuman experience. It was to be one of many lessons he learned from Ra's al Ghul. But that was later. At the moment, though, he slouched in a desk chair in a midwestern classroom, staring out the window and wondering if the bald stick of a professor, who was wearing a tweed jacket even though it was July and this hundred-year-old university could not afford to air-condition its buildings, would ever finish his drone. On and on went the professor, about Jungian archetypes and monomyths and other stuff that Bruce considered absolutely nonessential to any conceivable life he might want to lead, if not plain stupid. Today's topic, the prof had announced in a voice that even he had to know was somniferous, was loss of innocence as exemplified by the biblical Adam and Eve tale and the Buddhist legend of Siddhartha's first exit from his father's estate. Ho hum, Bruce thought. He had read the material the prof had assigned and several other books on the subject, too; all of which presented the material more cogently than the prof, and none of which interested him. He vowed to himself that he would never, never waste his time in a liberal arts course again. He had signed up for this one as an experiment and the experiment was a colossal bust. He dropped his gaze to the gold Rolex on his wrist. Would this purgatory ever end? Twenty minutes later, it had, and Bruce was walking across a quadrangle toward the clock tower in the center of the campus where he had promised to meet the cute girl from his advanced calculus class.Nolan, Christopher is the author of 'Batman Begins ', published 2005 under ISBN 9780345479464 and ISBN 0345479467.