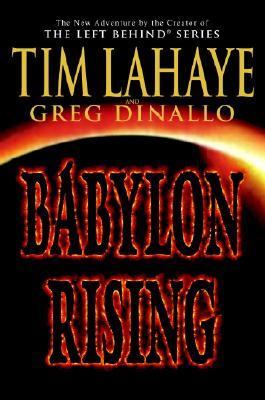 Chapter One EXACTLY THIRTY-THREE HOURS and forty-seven minutes after he had last been in church, Michael Murphy was hurtling through a terrible dark abyss. Prayer had never seemed more necessary to him than at that moment. In pitch blackness, with the only sound the whoosh of his body falling through the air, Murphy had no idea where he was heading. Except down. Quickly. All six feet three inches of him. Just a moment ago, Murphy had been standing on the rooftop of what appeared to be an abandoned warehouse on a desolate street in Raleigh, North Carolina. It was an unusual place for him to be on a Monday night during the university semester, when he normally would be preparing for his next day's lecture. Yet it took only one word to make him drop all normal activities and race to this dank and deserted height. Granted, that word was in Aramaic, one of the many ancient languages Michael Murphy could read with some fluency. The Aramaic letters had been penned with elaborate style in a bright blue ink that had seeped deeply into a thick, expensive ivory-tinted paper stock that had been wrapped with great care and tied up by a translucent ribbon around a heavy stone. A stone that came crashing through the lower window of Murphy's campus office late that afternoon. Whoever threw the stone into his office had disappeared by the time Murphy got to the window. As he unwrapped the paper and translated the single word that appeared there, he first stared, then began to count. Thirty seconds until his office phone rang. He knew what voice he would hear at the other end of the line, although he had never seen the face to go with that voice. "Hello, Methuselah, you old scoundrel." There was a high cackling laugh in answer, a sound Murphy would recognize anywhere. "Oh, Murphy, you never disappoint me. I take it I've piqued your interest." "And cost me a replacement window." He looked down again at the single word on the paper. "Is this for real?" "Murphy, have I ever let you down?" "Nope. You've tried your weird best to kill me several times, but let me down, never. When and where?" The cackling now was replaced by a tongue-clucking. "Now, don't rush me, Murphy. My rules. My time. My game. But trust me, this will be the best ever. For me, anyway." "Then, I assume that, as before, no sane man would take you up on this challenge?" "Only an eager lad like yourself. But as always, you have my word. You survive, you get what you came for. And trust me, you'll want to survive for this prize." "I always want to survive, Methuselah. Unlike yourself, to me life is a precious thing." The old man snorted. "Not so precious that you won't come sniffing like an eager dog after this bone I've just tossed you. But enough chatter. Tonight. Nine-seventeen. Be on the roof of the warehouse at Eighty-three Cutter Place in Raleigh. And take my advice, Murphy boy. If you do come, and I know you will, make the most of these last few hours." With another cackle, the line went dead. Murphy shook his head, put down the receiver, and picked up the paper. He double-checked his translation. This time, the name he read set his mind racing even faster than before. For Michael Murphy, a scholar who could not confine himself to library stacks of dusty, ancient tomes, an archaeologist dedicated to hunting and rescuing artifacts that could authenticate events from the pages of the Bible, this was the name of the prophet who was guaranteed to intrigue him more than any other: D A N I E L For the restLaHaye, Tim is the author of 'Babylon Rising' with ISBN 9780553803228 and ISBN 0553803220.