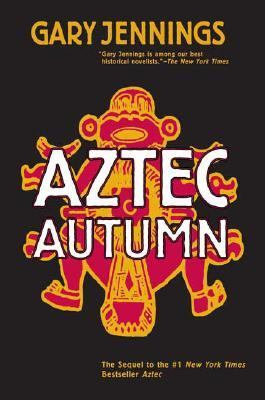 1 I can still see him burning. On that long-ago day when I watched the man being set afire, I was already eighteen years old, so I had seen other people die, whether given in sacrifice to the gods or executed for some outrageous crime or simply dead by accident. But the sacrifices had always been done by means of the obsidian knife that tears out the heart. The executions had always been done with the maquahuitl sword or with arrows or with the strangling "flower garland." The accidental deaths had mostly been the drownings of fishermen from our seaside city who somehow fell afoul of the water goddess. In the years since that day, too, I have seen people die in war and in various other ways, but never before then had I seen a man deliberately put to death by fire, nor have I since. I and my mother and my uncle were among the vast crowd commanded by the city's Spanish soldiers to attend the ceremony, so I supposed that this event was intended to be some sort of object lesson to all of us non-Spaniards. Indeed, the soldiers collected and prodded and herded so many of us into the city's central square that we were crammed shoulder to shoulder. Within a space kept clear by a cordon of other soldiers, a metal post stood fixed into the flagstones of the square. To one side of it had been built a platform for the occasion, and on it sat or stood a number of Spanish Christian priests, all clad in flowing black gowns, as are our own priests. Two burly Spanish guards brought the condemned man and roughly shoved him into that cleared space. When we saw that he was not a Spaniard, pale and bearded, but one of our own people, I heard my mother sigh,"Ayya ouiya..." and so did many others in the crowd. The man wore a loose, shapeless and colorless garment and, on his head, a scraggly crown made of straw. His only adornment that I could see was a pendant of some kindit flashed when it caught the sunhanging from a thong about his neck. The man was quite old, even older than my uncle, and he put up no struggle against his guards. The man seemed, in fact, either resigned to his fate or indifferent to it, so I do not know why he was immediately encumbered by a heavy restraint. A tremendous piece of metal chain was hung upon him, a chain of such dimensions that a single link of it was big enough to be forced over his head to pinion his neck. That chain was then fixed to the upright post, and the guards began piling about his feet a heap of kindling wood. While that was being done, the oldest of the priests on the platformthe chief of them, I assumedspoke to the prisoner, addressing him by a Spanish name, "Juan Damasceno." Then he commenced a long harangue, naturally in Spanish, which at that time I had not yet learned. But a younger priest, dressed in slightly different vestments, translated his chief's wordsto my considerable surpriseinto fluent Nahuatl. This enabled me to comprehend that the old priest was reciting the charges against the condemned man, and also that he wasin a voice alternately unctuous and angrytrying to persuade the man to make amends or show contrition or something of the sort. But even when translated into my native language, the terms and expressions employed by the priest were a bafflement to me. After a long and wordy while of this, the prisoner was given leave to speak. He did so in Spanish, and when that was translated into Nahuatl, I understood him very clearly: "Your Excellency, once when I was still a small child I vowed to myself that if ever I were selected for the Flowery Death, even on an alien altar, I would not degrade the dignity of my going." Juan Damasceno spoke nothing moreJennings, Gary is the author of 'Aztec Autumn', published 2006 under ISBN 9780765317513 and ISBN 0765317516.