At the Mountains of Madness and Other Tales 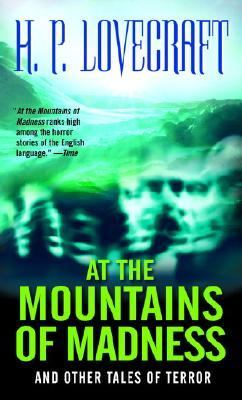 Chapter 1 I am forced into speech because men of science have refused to follow my advice without knowing why. It is altogether against my will that I tell my reasons for opposing this contemplated invasion of the antarctic with its vast fossil-hunt and its wholesale boring and melting of the ancient ice-cap and I am the more reluctant because my warning may be in vain. Doubt of the real facts, as I must reveal them, is inevitable; yet if I suppressed what will seem extravagant and incredible there would be nothing left. The hitherto withheld photographs, both ordinary and a'rial, will count in my favour; for they are damnably vivid and graphic. Still, they will be doubted because of the great lengths to which clever fakery can be carried. The ink drawings, of course, will be jeered at as obvious impostures; notwithstanding a strangeness of technique which art experts ought to remark and puzzle over. In the end I must rely on the judgment and standing of the few scientific leaders who have, on the one hand, sufficient independence of thought to weigh my data on its own hideously convincing merits or in the light of certain primordial and highly baffling myth-cycles; and on the other hand, sufficient influence to deter the exploring world in general from any rash and overambitious programme in the region of those mountains of madness. It is an unfortunate fact that relatively obscure men like myself and my associates, connected only with a small university, have little chance of making an impression where matters of a wildly bizarre or highly controversial nature are concerned. It is further against us that we are not, in the strictest sense, specialists in the fields which came primarily to be concerned. As a geologist my object in leading the Miskatonic University Expedition was wholly that of securing deep-level specimens of rock and soil from various parts of the antarctic continent, aided by the remarkable drill devised by Prof. Frank H. Pabodie of our engineering department. I had no wish to be a pioneer in any other field than this; but I did hope that the use of this new mechanical appliance at different points along previously explored paths would bring to light materials of a sort hitherto unreached by the ordinary methods of collection. Pabodie's drilling apparatus, as the public already knows from our reports, was unique and radical in its lightness, portability, and capacity to combine the ordinary artesian drill principle with the principle of the small circular rock drill in such a way as to cope quickly with strata of varying hardness. Steel head, jointed rods, gasoline motor, collapsible wooden derrick, dynamiting paraphernalia, cording, rubbish-removal auger, and sectional piping for bores five inches wide and up to 1,000 feet deep all formed, with needed accessories, no greater load than three seven-dog sledges could carry; this being made possible by the clever aluminum alloy of which most of the metal objects were fashioned. Four large Dornier a'roplanes, designed especially for the tremendous altitude flying necessary on the antarctic plateau and with added fuel-warming and quick-starting devices worked out by Pabodie, could transport our entire expedition from a base at the edge of the great ice barrier to various suitable inland points, and from these points a sufficient quota of dogs would serve us. We planned to cover as great an area as one antarctic seasonor longer, if absolutely necessary would permit, operating mostly in the mountain-ranges and on the plateau south of Ross Sea; regions explored in varying degree by Shackleton, Amundsen, Scott, and Byrd. With frequent changes of camp, made by a'roplane and involving distances great enough to be of geological significance, we expected to unearth a quite unprecedented amount of material; especially in the pre-Cambrian strata of which so narrow a range of antarctic specimens had previously beenLovecraft, H. P. is the author of 'At the Mountains of Madness and Other Tales', published 1991 under ISBN 9780345329455 and ISBN 0345329457.