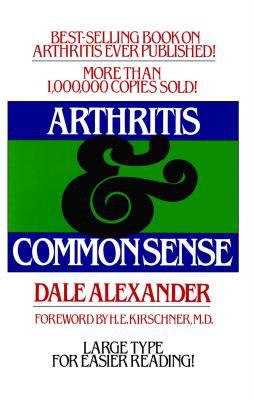 Chapter I Why and How This Book Was WrittenTo know arthritis, you must experience it. As I have. I have felt the pain personally. During the course of my laboratory experiments, I purposely developed an arthritic condition within my own body. You don't have to tell me that this disease "hurts." It does, terribly.Even worse than my own feelings, I have had a serious case of arthritis strike in my family. My mother became wracked with arthritic pains, and I saw her suffer for 10 long years. I have lived with this disease -- and I know the damage it can do within a family and home.For all these reasons, I decided to devote my life to fighting this illness. To tell you what I've done in the field of arthritis, and how I've done it, let's go back to the beginning. Back to a day in 1929.It was then, 24 years ago, that I remember the onset of my mother's first aches and pains. They started in her shoulders, and at that time I heard her ailment called "rheumatism." My youth and inexperience left me in a sympathetic state, wanting to help, but unable to do so.Back in those days, the use of heat was suggested and the usual electric pad was bought. So were salves, ointments and soothing oils of wintergreen. The relief felt from the externally applied heat was only temporary. The other medications did nothing.Since the small town in which we lived did not have a specialist, mother went to a larger city to seek help. On the advice of a doctor there, she had X-rays taken. From the pictures came his decision as to a cure: tooth extraction. Every last tooth came out. The dentist was merely following orders, but I can still see the disappointment in my mother's face. Her teeth had been taken, but the arthritic pains remained as bad as ever.Years later, I was to read many reports on how tooth extraction to cure arthritis was rampant in the 1930's. Not only teeth, but also tonsils and the appendix were considered to be the offenders -- and were removed surgically. How many countless thousands of people with rheumatism sacrificed their teeth in this futile war against the disease!Science has since established that arthritis is not infectious and that surgery on such organs is not necessary. Tooth extraction as a "cure" is frowned upon today. But every night the dish of water in which mother's teeth reposed reminded me of the foolishness to which she had been subjected.For the next six years, she accepted her painful shoulders. Then, she went out again and sought medical advice. This time my mother brought home some little white tablets. No one knew what they were. But she took them whenever she had extreme pain. No improvement.By 1940, mother's condition was changing rapidly. In addition to her earlier rheumatism, her hands were now swollen. She could no longer be the mistress of her kitchen. What she enjoyed doing most, her cooking, became a trial. She could not open and close her hands. Stairs were an effort to climb, because her knees were bothering her so much. The family never heard her complain. She suffered in silence.To watch the agony of a loved one is heartbreaking. To know that there is practically nothing one can do about it is maddening. For every disease that exists, there is an army of men working to learn its cause and its cure. Each contribution, be it large or small, is of the utmost value. So, the thought occurred to me that perhaps I, too, could give something -- to help my mother and all others like her who were afflicted.Since that moment of realization I have been dedicated to this cause. My whole lifetime has been spent searching for the answer to arthritis.To enumerate the countless experiments, the hours, days, and years of study and research...to tell how many authorities I have questioned on the subject, my making coast-to-coast trips...to describe the laboratory tests I made would fill a book. It has. This book. The book you are now reAlexander, Dale is the author of 'Arthritis and Common Sense', published 1981 under ISBN 9780671427917 and ISBN 0671427911.