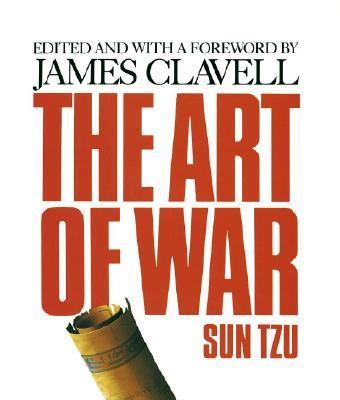 I: LAYING PLANS Sun Tzu said: The art of war is of vital importance to the state. It is a matter of life and death, a road either to safety or to ruin. Hence under no circumstances can it be neglected. The art of war is governed by five constant factors, all of which need to be taken into account. They are: the Moral Law; Heaven; Earth; the Commander; Method and discipline. The Moral Lawcauses the people to be in complete accord with their ruler, so that they will follow him regardless of their lives, undismayed by any danger. Heavensignifies night and day, cold and heat, times and seasons. Earthcomprises distances, great and small; danger and security; open ground and narrow passes; the chances of life and death. The Commanderstands for the virtues of wisdom, sincerity, benevolence, courage, and strictness. ByMethod and disciplineare to be understood the marshaling of the army in its proper subdivisions, the gradations of rank among the officers, the maintenance of roads by which supplies may reach the army, and the control of military expenditure. These five factors should be familiar to every general. He who knows them will be victorious; he who knows them not will fail. Therefore, when seeking to determine your military conditions, make your decisions on the basis of a comparison in this wise: Which of the two sovereigns is imbued with the Moral Law? Which of the two generals has the most ability? With whom lie the advantages derived from Heaven and Earth? On which side is discipline most rigorously enforced? Tu Mu alludes to the remarkable story of Ts'ao Ts'ao (A.D. I55 - 220), who was such a strict disciplinarian that once, in accordance with his own severe regulations against injury to standing crops, he condemned himself to death for having allowed his horse to stray into a field of corn! However, in lieu of losing his head, he was persuaded to satisfy his sense of justice by cutting off his hair. "When you lay down a law, see that it is not disobeyed; if it is disobeyed, the offender must be put to death." Which army is the stronger? On which side are officers and men more highly trained? In which army is there the most absolute certainty that merit will be properly rewarded and misdeeds summarily punished? By means of these seven considerations I can forecast victory or defeat. The general who hearkens to my counsel and acts upon it will conquer--let such a one be retained in command! The general who hearkens not to my counsel nor acts upon it will suffer defeat--let such a one be dismissed! But remember: While heeding the profit of my counsel, avail yourself also of any helpful circumstances over and beyond the ordinary rules and modify your plans accordingly. All warfare is based on deception. Hence, when able to attack, we must seem unable; when using our forces, we must seem inactive; when we are near, we must make the enemy believe we are far away; when far away, we must make him believe we are near. Hold out baits to entice the enemy. Feign disorder, and crush him. If he is secure at all points, be prepared for him. If he is in superior strength, evade him. If your opponent is of choleric temper, seek to irritate him. Pretend to be weak, that he may grow arrogant. If he is taking his ease, give him no rest. If his forces are united, separate them. Attack him where he is unprepared, appear where you are not expected. The general who wins a battle makes many calculations in his temple before the battle is fought. The general who loses a battle makes but few calculations beforehand. Thus do many calculations lead to victory, and few calculations to defeat; how much more no calculation at all! It is by attention to this point that I can foresee who is likely to win or lose. II: ON WAGING WAR In theTzu, Sun is the author of 'Art of War', published 1989 under ISBN 9780385299855 and ISBN 0385299850.