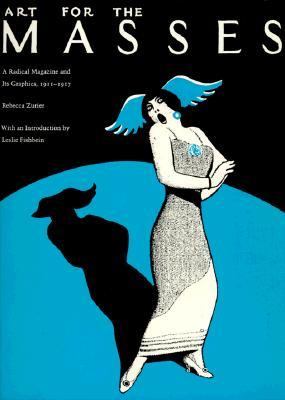 A radical journal of culture and commentary, The Masses became, in the early part of this century, a forum for socialists and anarchists, artists and authors attracted to the freedom of expression it espoused. This book, based on an exhibition which was sponsored by the Yale University Art Gallery in 1985-86, is the first study of the art in The Masses and the changing role that pictures played in the magazine's political message. Rebecca Zurier examines the origins of The Masses' graphic style in American realism, labor cartoons, and European satire, and relates the magazine's positions to the issues of the day-a period when humor, art, and political struggles all seemed to be compatible. The 149 illustrations present an album of cartoons that are still startlingly fresh.While one could find in any issue commentary by Max Eastman, Walter Lippmann, Bill Haywood, or John Reed; and literary pieces by Sherwood Anderson, Carl Sandburg, Amy Lowell, or Louis Untermeyer; the visual impact of the magazine was, perhaps, its most enduring. The Masses published political cartoons by Robert Minor, Boardman Robinson, and Art Young; fine drawings by Arthur B. Davies, Abraham Walkowitz, and Pablo Picasso: and an abundance of work by the American realists later known as the Ashcan School, among them John Sloan, George Bellows, Glenn Coleman, Robert Henri, and the young Stuart Davis. Although the magazine did not pay its contributors, for seven years artists and writers donated some of their best work because they believed in its ideals of social change and artistic independence.Aiming to "conciliate nobody, not even our readers," The Masses was widely recognized as one of the best-edited and best-produced magazines in America, considered by some to be a left-wing forerunner of The New Yorker. However, because of its strident anti-war stance, when the Espionage Act went into effect in 1917, the U.S. government forced The Masses to cease publication. Author note: Rebecca Zurier holds a doctoral degree in the History of Art from Yale University and was curator of the exhibition, "Art for The Masses."Zurier, Rebecca is the author of 'Art for the Masses A Radical Magazine and Its Graphics, 1911-1917' with ISBN 9780877226703 and ISBN 0877226709.