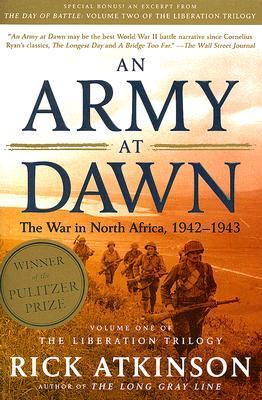 Chapter 1 A few minutes past 10 a.m. on Wednesday, October 21, 1942, a twin-engine Navy passenger plane broke through the low overcast blanketing Washington, D.C., then banked over the Potomac River for the final approach to Anacostia Field. As the white dome of the Capitol loomed into view, Rear Admiral Henry Kent Hewitt allowed himself a small sigh of relief. Before dawn, Hewitt had decided to fly to Washington from his headquarters near Norfolk rather than endure the five-hour drive across Virginia. But thick weather abruptly closed in, and for an anxious hour the aircraft had circled the capital, probing for a break in the clouds. Usually a man of genial forbearance, Hewitt chafed with impatience at the delay. President Roosevelt himself had summoned him to the White House for this secret meeting, and although the session was likely to be little more than a courtesy call, it would never do for the man chosen to strike the first American blow in the liberation of Europe to keep his commander-in-chief waiting. Kent Hewitt seemed an unlikely warrior. Now fifty-five, he had a high, bookish forehead and graying hair. Double chins formed a fleshy creel at his throat, and on a ship's bridge, in his everyday uniform, he appeared "a fat, bedraggled figure in khaki," as a British admiral once observed with more accuracy than kindness. Even the fine uniform he wore this morning fit like blue rummage, notwithstanding the flag officer's gold braid that trimmed his cuffs. A native of Hackensack, New Jersey, Hewitt was the son of a mechanical engineer and the grandson of a former president of the Trenton Iron Works. One uncle had been mayor of New York, another the superintendent of the Metropolitan Museum of Art. Kent chose the Navy, but as a midshipman in the Annapolis sail loft he was said to have been so frightened of heights that he "squeezed the tar out of the rigging." As a young swain he had enjoyed dancing the turkey trot; in recent decades, though, he was more likely to be fiddling with his slide rule or attending a meeting of his Masonic lodge. Yet Hewitt had become a formidable sea dog. Aboard the battleship U.S.S. Missouri, he circled the globe for fifteen months with Theodore Roosevelt's Great White Fleet, displaying such a knack for navigation that the stars seemed to eat from his hand. As a destroyer captain in World War I, he had won the Navy Cross for heroism. Later he chaired the Naval Academy's mathematics department, and for two years after the invasion of Poland he ran convoy escorts between Newfoundland and Iceland, ferrying war materiel across the North Atlantic. In April 1942, Hewitt had been ordered to Hampton Roads to command the Atlantic Fleet's new Amphibious Force; late that summer came Roosevelt's decision to seize North Africa in Operation TORCH. Two great armadas would carry more than 100,000 troops to the invasion beaches. One fleet would sail 2,800 miles from Britain to Algeria, with mostly British ships ferrying mostly American soldiers. The other fleet, designated Task Force 34, was Hewitt's. He was to sail 4,500 miles to Morocco from Hampton Roads and other U.S. ports with more than 100 American ships bearing 33,843 American soldiers. In a message on October 13, General Eisenhower, the TORCH commander, had reduced the mission to twenty-six words: "The object of the operations as a whole is to occupy French Morocco and Algeria with a view to the earliest possible subsequent occupation of Tunisia." The Allies' larger ambition in TORCH had been spelled out by Roosevelt and Churchill: "complete control of North Africa from the Atlantic to the Red Sea." Through a tiny window over the plane's wing, Hewitt could see the full glory of IndianAtkinson, Rick is the author of 'Army at Dawn The War in North Africa, 1942-1943', published 2007 under ISBN 9780805087246 and ISBN 0805087249.