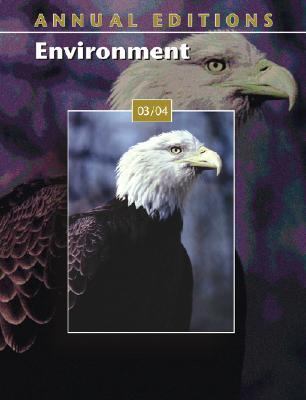 UNIT 1. The Global Environment: An Emerging World View 1. How Many Planets? A Survey of the Global Environment, The Economist , July 6, 2002 In a series of six interconnected short essays, the editors of The Economist present an up-to-date summary of global environmental issues, including sustainable development, the amount of information available on the environment, climate change, and the role of both technology and market forces in helping to shape the future of environmental systems. 2. Forget Nature. Even Eden Is Engineered, Andrew C. Revkin, New York Times , August 20, 2002 The world has become a place where people have altered the atmosphere and ecosystems to the point that those systems are no longer natural but "engineered"although not usually in a conscious manner. Choices made within the next few years will determine whether the new human-dominated global ecosystem will become a "noosphere" a planet controlled by reasonor an environmental wasteland. 3. Crimes of (a) Global Nature, Lisa Mastny and Hilary French, World Watch , September/October 2002 One of the more dramatic but least-known global economic phenomena is the illegal traffic in endangered species. Demands for rare pets, aphrodisiacs, or clothing ensure that the growing trend toward international environmental crime will continue. But more than just a trade in biological commodities, this new set of illegal activities that violate international environmental accords, also includes dumping of hazardous wastes and the manufacture and use of environmentally destructive substances. UNIT 2. The World's People: Population and Economy 4. Population Control Todayand Tomorrow?, Jacqueline R. Kasun, The World & I , June 2001 One of the more anachronistic elements of recent global demographics is that while population growth has begun to taper off worldwide, the programs and funding for population control have been expanding. In many developing countries it is far easier to obtain contraceptives than it is to obtain basic medicines. 5. Population and Consumption: What We Know, What We Need to Know, Robert W. Kates, Environment , April 2000 A general consensus exists among scientists that the roots of the current environmental crisis are to be found in a combination of population growth, affluence, and increasing technology. No such consensus exists, however, about the ultimate causes of either population growth or the desire to consume. Notwithstanding this lack of agreement, society needs to sublimate the desire to acquire things for the good of the global commons. 6. An Economy for the Earth, Lester R. Brown, The Humanist , May/June 2002 A shift in economic theory similar to the transition between the Ptolemaic geocentric universe and the Copernican model is necessary to save Earth from continuing environmental degradation. The question is whether we will continue to see the environment as a subset of the economy, resulting in an economy that is disjunctive with the ecosystem, or begin to see the economy as a subset of the environment, allowing us to produce an environmentally sustainable economy. 7. The Eco-Economic Revolution: Getting the Market in Sync With Nature, Lester R. Brown, The Futurist , March/April 2002 If global economic development is to continue, the global economy must be systematically restructured to make it environmentally sustainable. The future eco-economy would see decreases in reliance on fossil fuels and increases in reliance on sustainable energy systems, a decrease in deforestation and an increase in forest planting. The scale of this environmental revolution is similar to that of the agricultural and industrial revolutions of the past. 8. Poverty and Environmental Degradation: Challenges Within the Global Economy, Akin L. Mabogunje, Environment , January/February 2002 The link between increasing poverty and increasing environmental degradation is easy to see in developing countries. For many people, the increasing globalization of the economy has meant deepening poverty as approximately 20 percent of the world's least healthy, poorest educated, and most inadequately fed and housed population is left behind in the drive toward a new global market. Attempts on the part of the disenfranchised to catch up contribute to loss of biodiversity, urban pollution, deforestation, and other environmental ills. 9. Where the Sidewalks End, Molly O'Meara Sheehan, World Watch , November/December 2002 One of the dominant trends of the global population in the opening years of the twenty-first century is that of urbanization, with an increasing percentage of the world's population living in urban areas. A by-product of this trend is that of increasing slums. The UN now estimates that one out of every seven people in the world lives in an urban slum with almost no public services: electricity, water, sewage, or police protection. UNIT 3. Energy: Present and Future Problems 10. Energy: A Brighter Future?, The Economist , February 10, 2001 Conventional wisdom about energy resources for the last three decades has been that significant government intervention will be necessary to bring about conservation. Recent experience, however, has shown that the energy market is the driving factor behind conservation and that the best thing that governments can do is to get out of the way. 11. Beyond Oil: The Future of Energy, Fred Guterl, Adam Piore, and William Underhill, Newsweek , April 15, 2002 Some geologists believe that world oil production will peak by 20052008, after which chronic shortages of petroleum will become a way of life. There are already alternative energy technologies in place that will be able to pick up part of the slackbut by no means all of it. Renewable energy strategies such as solar and wind power are being utilized. Much of the hope for sustained energy availability rests on the development and implementation of inexpensive hydrogen fuel cells, which are already in use in Iceland. 12. Renewable Energy: A Viable Choice, Antonia V. Herzog, Timothy E. Lipman, Jennifer L. Edwards, and Daniel M. Kammen, Environment , December 2001 The widespread use of renewable energy sources such as solar, wind, and biomass energy could not only reduce U.S. reliance on fossil fuels, thereby strengthening the economy, but could also significantly improve environmental quality in the world's most energy-hungry region. To faciliate the adoption of energy systems based on something other than oil or coal, the United States needs a strong national energy policy. 13Allen, John L. is the author of 'Annual Editions Environment 03/04', published 2003 under ISBN 9780072838510 and ISBN 0072838515.