American Pacific From the Old China Trade to the Present 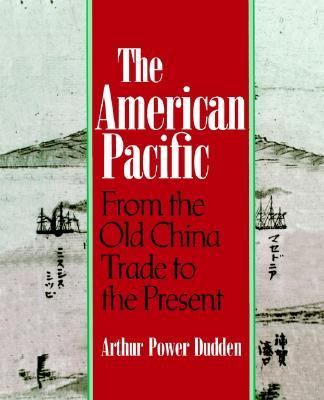 In 1784, the United States was scarcely more than a strip of seaports, inland towns, and farms along the Atlantic coast--and already the China trade had begun, as the Empress of China sailed into Canton. From this small beginning, an American empire in the Pacific grew until it engulfed Alaska, Hawaii, the Philippines, and hundreds of small islands. With World War II, U.S. power advanced further, into China, Japan, Korea, and Southeast Asia--where it was finally halted. Today American influence continues to ebb, as Japanese economic supremacy mounts and Manila forces the U.S. to dismantle its bases. In The American Pacific, Arthur Dudden provides a sweeping account of how the U.S. built (and lost) a vast empire in the ocean off our west coast. Opening with a fascinating account of the early China trade, Dudden provides a region-by-region history of the Pacific basin. What emerges is the story of how American commercial interests evolved into territorial ambitions, with the acquisitions of Alaska, Hawaii, and the Philippines, and finally into far-reaching efforts to project American power onto the shores of mainland Asia. Dudden's vivid narrative teems with the dynamic individuals who shaped events: William Seward, the Senator and Lincoln's Secretary of State who was driven by a vision of American dominion in the Pacific; Kamehameha I, the Hawaiian conqueror who tried to bring his kingdom into the modern world; William Howard Taft, who as the first governor-general of the Philippines built the institutions of American rule; Admiral Isoroku Yamamoto, the architect of Japan's attacks on Pearl Harbor and Midway Island; and of course General Douglas MacArthur, whose immensely influential career spanned supreme command of the pre-war Philippine army, the Allied occupation forces in Japan, and the U.N. forces in Korea. Dudden brings the story up to date, reviewing the war in Vietnam, the aftermath of Tiananmen Square, the triumph of the Pacific rim economies, and the tremendous impact of Asian immigration on American society. Since the days when Commodore Perry sailed his black ships to open feudal Japan, the histories of the American republic and the peoples of the Pacific have been closely intertwined. Dudden seamlessly blends developments in domestic politics, military campaigns, commercial trends, and international relations, providing the first comprehensive overview of this critically important region.Dudden, Arthur P. is the author of 'American Pacific From the Old China Trade to the Present', published 1994 under ISBN 9780195085624 and ISBN 0195085620.