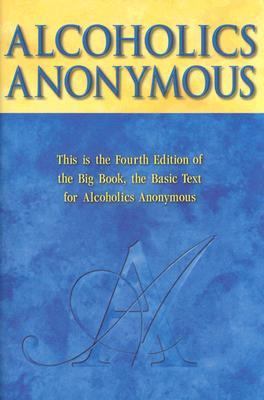 American history includes many social movements that aimed to help people stop drinking. There was Prohibition, of course. But there was also the Anti-Saloon League, the American Temperance Society, the Washingtonian Temperance Society, the Women's Christian Temperance Union, and more. Only one such movement survived -- Alcoholics Anonymous (AA). AA not only survived, it spread across the world. Today, AA lists its membership at 2,160,013, with 100,766 groups in Africa, Asia, and Europe as well as North and South America. If ever there was evidence that sobriety can be mass-produced, it is in AA. AA began with the chance meeting of two people on May 12, 1935: Bill W., an alcoholic stockbroker from New York, and Bob S., an alcoholic surgeon in Akron, Ohio. Bill got sober through a set of principles that, he felt, had saved his life (ideas that later evolved into the Twelve Steps of AA). He shared those principles with Bob, who never took another drink after that day. Dr. Bob's "dry date" of June 10, 1935 is officially counted as AA's founding. Bill and Bob began working with other alcoholics, helping them achieve sobriety one at a time. And in 1939 the group published the book Alcoholics Anonymous to explain its Twelve Step program of recovery. Last year, sales of that book passed 20 million. Perhaps the best introduction to AA principles is the "preamble" traditionally read at the beginning of a group meeting: Alcoholics Anonymous is a fellowship of men and women who share their experience, strength and hope with each other that they may solve their common problem and help others to recover from alcoholism. The only requirement for membership is a desire to stop drinking. There are no dues or fees for AA membership; we are self-supporting through our own contributions. AA is not allied with any sect, denomination, politics, organization or institution; does not wish to engage in any controversy; neither endorses nor opposes any causes. Our primary purpose is to stay sober and help other alcoholics to achieve sobriety. By focusing on that purpose, AA avoids the mistakes of temperance groups that took on a variety of political causes, splintered into factions, and died. "Our focus has prevented us from straying into areas that we don't have experience in," says a member who works in AA's General Service Office. "What we are is alcoholics helping other alcoholics. This has helped us maintain our unity." Elaine McDowell, PhD, chairperson of AA's General Service Board, agrees "the Fellowship's main reservoir of strength is its singleness of purpose. For 66 years the hand of AA has been there for the alcoholic. It works!" AA members engage in a set of activities suggested by the Twelve Steps, such as: **Telling the truth -- that they are addicted and cannot stop drinking on their own. **Admitting and releasing resentments and fears. **Making amends to people they've harmed. **Engaging in prayer and meditation. **Sharing AA principles with others who want to stop drinking. AA members describe their program as spiritual not religious. No creed or ritual is required, and from the beginning AA has welcomed atheists and agnostics. At the same, members seek daily guidance from a Higher Power. That term is defined individually. For some members, it is the God of a church. Other members find their Higher Power in a friend, in nature, in the book Alcoholics Anonymous, in their AA group or any other source of outside help.A. A. Services Staff, A. A. Services is the author of 'Alcoholics Anonymous The Story of How Many Thousands of Men and Women Have Recovered from Alcoholism', published 2002 under ISBN 9781893007161 and ISBN 1893007162.