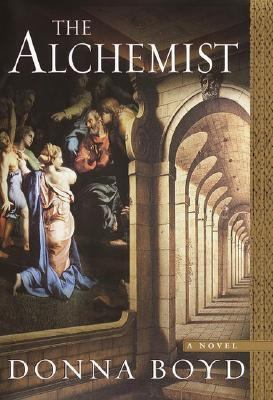 Imagine if you will the days spinning backward: a millennium ends here, a century turns there, a year ends now, and another, and a thousand others, and finally there are so many days, so many years ending and beginning that you can no longer remember why it seemed important that you keep count of them at all. And yet I have counted them. I have counted every one, marking the beginning of each new year, of each new century, in my own quiet fashion: a glass of wine, perhaps, a silent toast. The world revolves, the view changes. Now I stand atop a castle turret, now upon the deck of a sailing ship. Here I gaze upon an ageless river, there a body-strewn battlefield; now I see the dancing lights of the Champs d'Elysee, now I see the smoldering fires of a fallen civilization. The years change, but the question does not. Will this be it? I ask myself. Will this be the year I tell my story, the whole of it, from beginning to end, at last? And what a lovely entertainment it has been, all these thousands of turning years, to imagine the telling, the circumstances of the telling, and the reason for the telling. I have created the scenario and variations upon scenario over and over again in my mind. Where to begin? How best to glorify or debase myself in the telling, how to find the thread of truth that, in the end, must be the summation of any man's lifeeven if that life has been as long and as tangled as mine. So now the time has come, and the moment isas so many greatly anticipated moments aredisappointing. For I realized some time ago that the whole story cannot be told, not today, perhaps not ever. Every man's life is simply a sum of parts, and these are the only parts I can tell you now. But the beginning, where was that? I think sometimes it began with a lithe young girl of grand ambition and laughing eyes. At other times I am sure it all started with the wistful longings of a poet-priest I once called friend. Was it a woman's power, or a man's dreams? What dark god fashioned this unlikely tale and sent it spinning into space with a single smiling breath? And dare I think I ever, at any time, had any control over it at all? It began with the magic, you see. And so, perforce, must I. I had a name in that long-ago time, but I have forgotten it centuries since, so let me call myself as I was in those days: Han. Perhaps I had a mother, a father, and an early family life but I do not recall those either. Life began for me, as I remember it, in the House of Ra. Much has been written in human history about this time in Egypt; entire lifetimes have been dedicated to piecing together the scattered bones of that long-ago life. As always, when what is shattered is reassembled with no model to follow, mistakes will be made in the reconstruction, great chunks, perhaps, will be missing and others will seem to have no place in the whole at all. The result is, more often than not, a monstrous grotesquerie. So believe me when I tell you that, while historians have done a fair job of reassembling the past, so much of what they have learned is only what we wanted them to know, what was left for them to know. And nothing, I assure you, of what you know or what you think you know of that time can even begin to touch the truth of the House of Ra. Truth is an interesting word. I cannot tell you now with absolute certainty whether the structure itself, the temple complex in which we lived and worked and ate and slept and studied was in fact composed of mortar and stone, or whether it was merely an illusion of the sameor, most likely, a combination of both. I will describe it therefore as I perceived it to be, remembering that in the end, in almost eveBoyd, Donna is the author of 'Alchemist' with ISBN 9780345441140 and ISBN 0345441141.